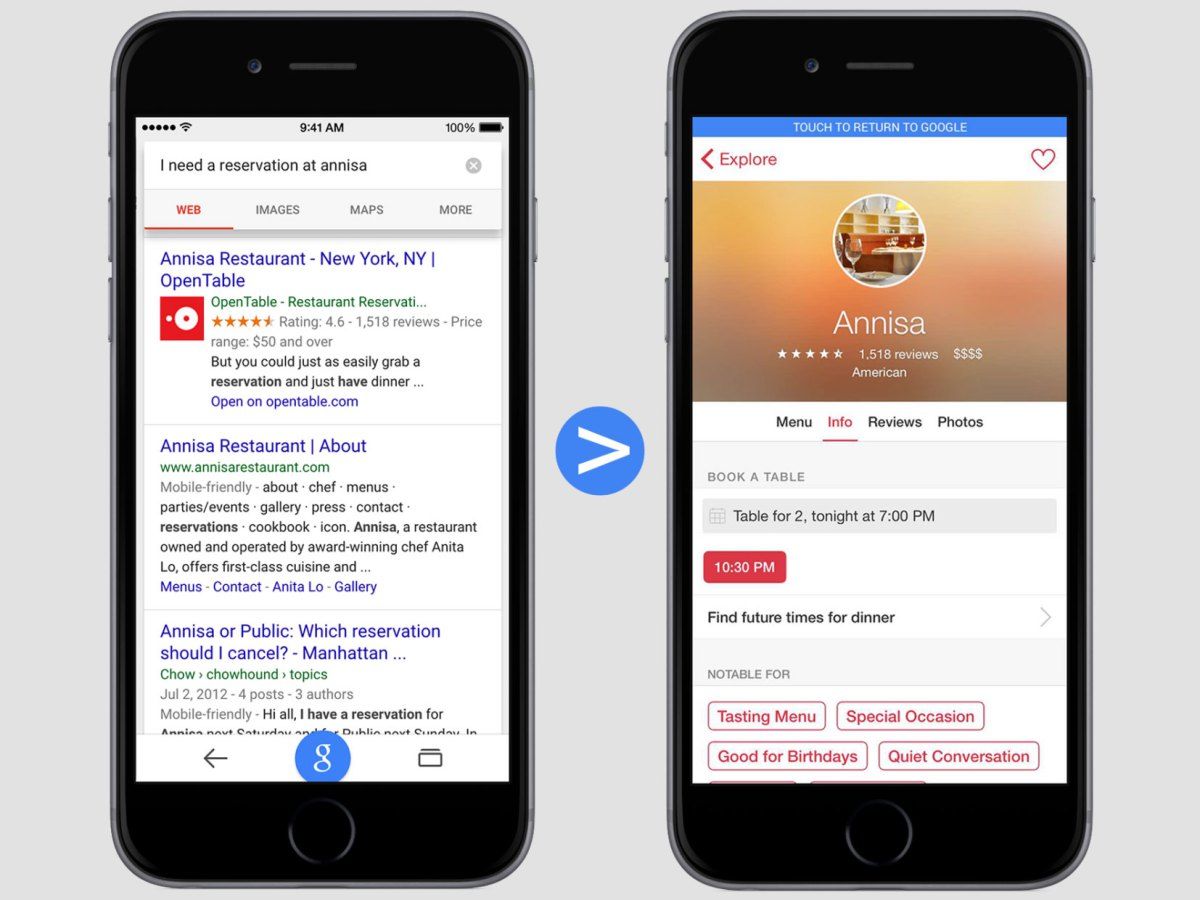 Google has issued an important update to the search functionality on iOS devices. iPhone and iPad users will be able to open mobile app content straight from Google Search, provided that the apps are indexed and support the new deep linking technology. Eli Wald, Product Manager at Google Search, said the following:

"Starting today, we’re bringing App Indexing to iOS apps as well. This means users on both Android and iOS will be able to open mobile app content straight from Google Search. Indexed links from an initial group of apps we’ve been working with will begin appearing on iOS in search results both in the Google App and Chrome for signed-in users globally in the coming weeks"

App Indexing for iOS is currently launching with a small group of test partners but the technology will roll out to even more developers in the near future. Indexed links from the initial group of apps will begin appearing on iOS in the Google search results in both the Google App and in Chrome for signed-in users from all over the world.

The new functionality will make it easier for iOS users to get access to their apps straight from the search app. For example, you can tell Google you need a reservation at a particular restaurant and then tap the OpenTable icon in the search results. This will get you straight into the OpenTable app at the specific restaurant you were looking for.

You also have a "return to Google" bar at the top to bring you back to your search results if you have changed your mind or the app doesn't show the things you were looking for. A very nice feature indeed, and it will prove to be especially useful when it will be applied to even more apps.

Source: Google
You must log in or register to reply here.