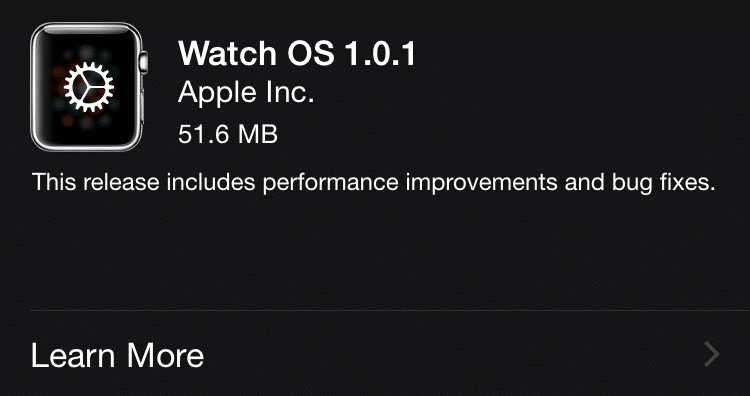 We were just discussing yesterday how an upcoming Apple Watch update could bring some important features to the device, and it seems that the wait has proved to be shorter than expected! The very first software update for the Apple Watch is now available for download through the companion Apple Watch app on your iPhone.

Apple has worked on fixing many problems with the ‘Hey Siri’ feature on the Apple Watch and also addressed much of the reported inaccuracies in fitness and activity measuring. Here are some other areas and features which have been improved:
In order to download the update, you need to open the Apple Watch app on your iPhone with iOS 8.2, iOS 8.3 or iOS 8.4 beta, then navigate to General > Software Update where the update prompt should appear. Be aware that your Apple Watch must be in range of your iPhone, connected to its charger and charged at least 50 percent for the download to take place.