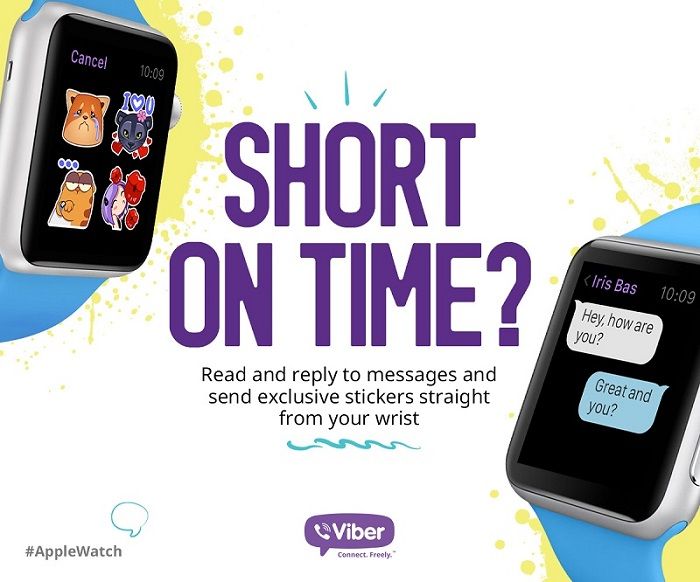 Before using it on your Apple Watch, make sure to update to the latest version by following the link at the end. Viber lets you respond to incoming messages with dictation, canned responses and Viber’s own stickers. Here are all the main features of the app on Apple Watch:
Viber is available on the iPhone, iPod touch and iPad with iOS 7.0 or later, and on desktop with a dedicated Mac app. The app is localized in English, Arabic, Bokmål, Norwegian, Catalan, Chinese, Croatian, Czech, Danish, Dutch, Finnish, French, German, Greek, Hebrew, Hindi, Hungarian, Indonesian, Italian, Japanese, Korean, Malay, Polish, Portuguese, Romanian, Russian, Simplified Chinese, Slovak, Spanish, Swedish, Thai, Traditional Chinese, Turkish, Ukrainian and Vietnamese.