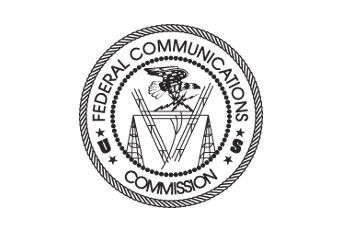 AppleInsider reports that in the wake of the huge humanitarian disasters caused by recent hurricanes Harvey, Irma, and Maria, chairman of the U.S. Federal Communications Commission (FCC), Ajit Pai, has once again pleaded with Apple to activate the FM radios that are said to be secreted away inside every iPhone.

“Apple is the one major phone manufacturer that has resisted doing so,” said Pai in a statement today. Apple’s main rivals, such as Samsung, Motorola, and LG, have all activated the FM chips in their phones.

Pai goes on to explain why these FM chips are so important when it comes to natural disasters. “When wireless networks go down during a natural disaster, smartphones with activated FM chips can allow Americans to get vital access to life-saving information. I applaud those companies that have done the right thing by activating FM chips in their phones.”

Apple has made no comment as to why it has yet to turn on the FM chips, but AppleInsider notes that it could be simply that the company is unable to activate the FM chips in its iPhones without altering its designs significantly, especially bearing in mind that the iPhone no longer even has a headphone jack. It could also probably do without Pai, who is up for reconfirmation by the Senate very soon, singling the company out in such a public way.

They can also use the FM Chip to track you so NO THANKS FCC. Just my two cents

You always have to wonder about the alternative motives behind stuff like this.
L

Just my opinion, but if you don’t think they can’t right now without you activating any app, or turning off everything that asks or says it tracks you, you would be probably very mistaken. How long did they hide that the CIA, NIA and others were quietly listening and recording citizens. And further more, since they could do that, they were not only tracking you, they were likely activating the camera and microphone. After all, how many apps were downloaded that were activating the microphone and camera that didn’t warn of such.

The iPhone 7 and 8 do not have an FM chip. And it would be next to impossible to make it work in older devices.

Activating a chip would do nothing for phone owners, using it is a completely different beast than just turning it on, without iOS and all the associated software none of the communication devices inside an iPhone are useful even if 'turned on'
You must log in or register to reply here.