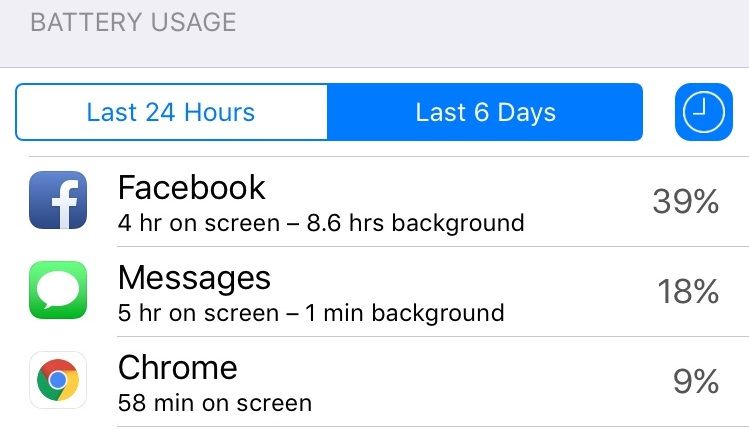 Last week, social-networking giant Facebook acknowledged a bug in its iOS application causing a huge battery drain to all users. Since then, Facebook promised to fix whatever bug was causing the application to be responsible for almost 50 percent battery usage on some devices.

On Friday, Facebook issued an update to its iOS application and a statement on what was fixed via TechCrunch. Facebook's engineering manager Ari Grant stated that two issues were causing the battery drainage:

The second issue is with how we manage audio sessions. If you leave the Facebook app after watching a video, the audio session sometimes stays open as if the app was playing audio silently. This is similar to when you close a music app and want to keep listening to the music while you do other things, except in this case it was unintentional and nothing kept playing. The app isn't actually doing anything while awake in the background, but it does use more battery simply by being awake. Our fixes will solve this audio issue and remove background audio completely."

Both of these bugs seemed to have been fixed and users are responding mostly positive towards the update. Facebook version 42.0 can now be downloaded for free from the iTunes App Store.
You must log in or register to reply here.