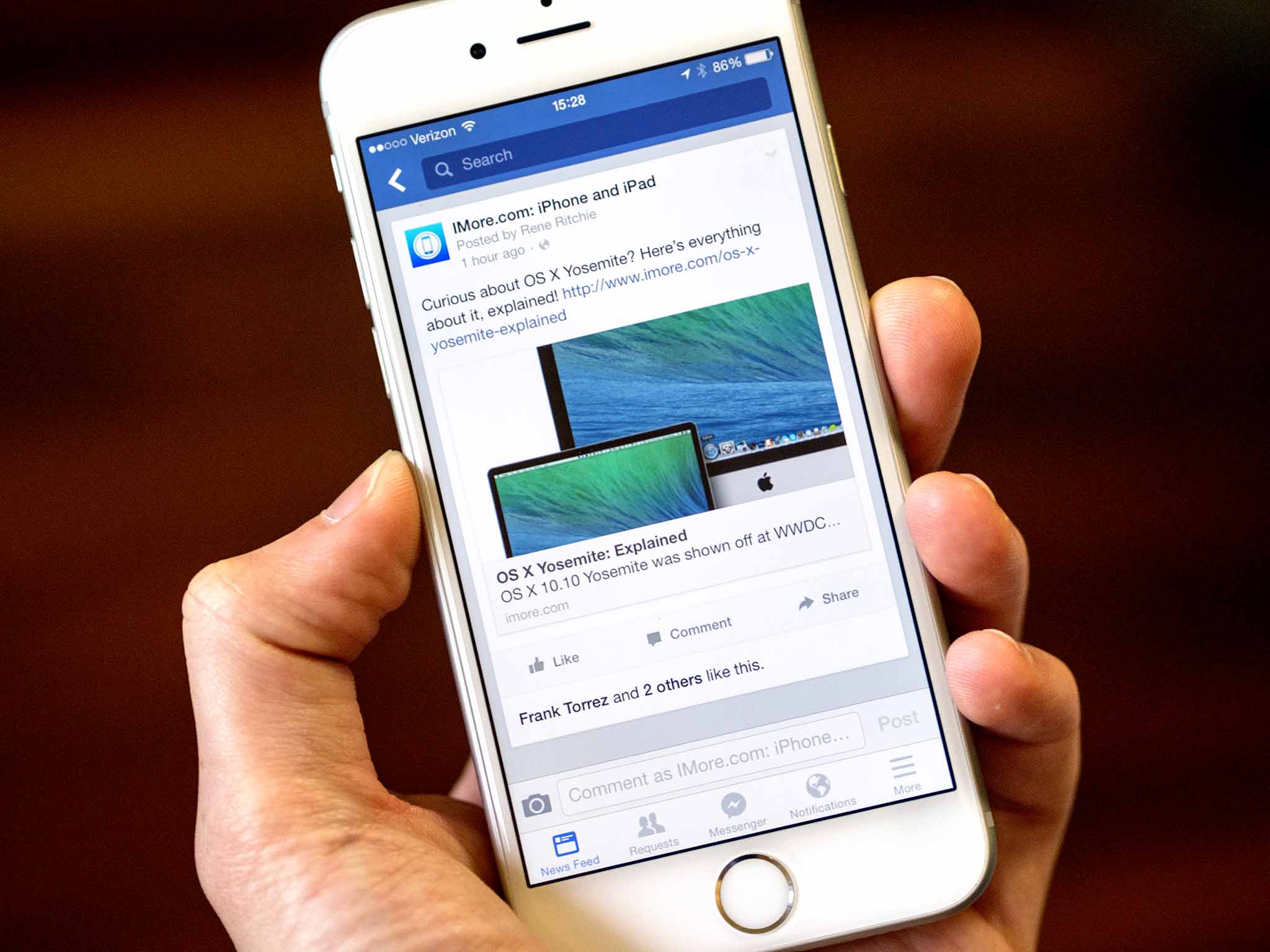 Earlier today, Google pushed out an update to its YouTube application to support the iPhone 6 and 6 Plus higher resolution. It seems that Facebook is in the same boat today, as the social network giant updated the iOS Facebook app to support the new devices as well.

Facebook version 16.0 doesn't list any specifics on what was updated, but after downloading, iPhone 6 and 6 Plus users will notice that the app is no longer fuzzy, attempting to keep up with the higher pixel density. The Facebook app now looks crisp, how it's meant to be on the Retina Display HD.

The company updated the Facebook app on Monday adding the ability to post Facebook stickers in comments. All of this is good and gravy, however I'm still noticing a black screen pop up for several seconds, opening the app after it has been killed in the background. Hopefully that issue gets resolved soon, but for now the Facebook app and the new version 16.0 update is available in the App Store for free.
You must log in or register to reply here.

Facebook iOS App Gets an Update, Including Retina Display Support