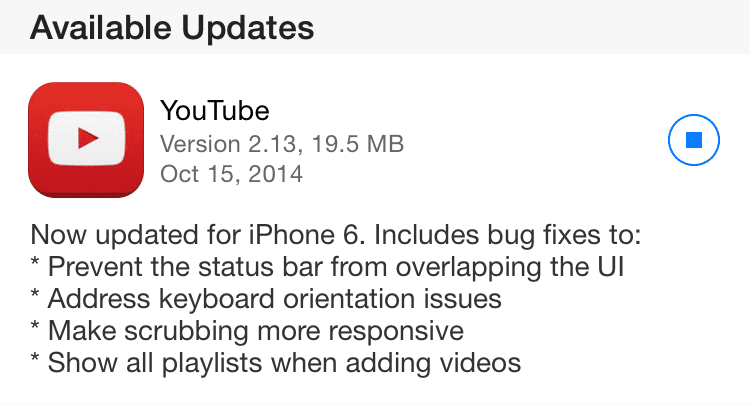 Almost a month of its initial release, folks are still waiting for many apps to be tweaked and updated to support iPhone 6 and 6 Plus resolutions. Among the many apps in need of an update, YouTube has yet to see any support for the new devices, until today.

Google has updated its YouTube app on iOS to Version 2.13, which mainly supports the higher resolution iPhone 6 models. Putting aside the bug fixes; the status bar no longer overlaps the user interface, keyboard orientation issues have been fixed, scrubbing is now more responsive, and the app now shows all playlists when adding videos.

The big Goog previously updated Gmail and Chrome to support the new iPhones, and still has other apps in need of updates. The YouTube app is of course available for free on the App Store.
You must log in or register to reply here.