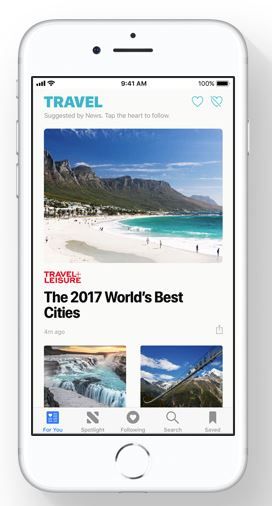 AppleInsider reports today on the fact that for some users, iOS 11 is still causing battery-life issues with their devices. As AppleInsider notes, despite three sub-point updates, the Apple support forums are still full of complaints about iOS 11 in terms of sluggishness, crashing, and battery life. Normally you’d expected much of this to have died down by now, with most app developers having had ample time to fix any problems with their apps that might have been causing such issues.

As AppleInsider notes, there is not a specific overall problem being reported by users, or a particular model of phone that is being more affected than the others, although, generally speaking, the newest iPhone 8 models are not affected.

AppleInsider gives an example of one of their staffers who reported rapid battery drain on his iPhone SE, but says that the issue appears to have been fixed on that particular phone after installing the iOS 11.1 beta. Interestingly, though, another iPhone SE in the same household has not had any problems at all with battery drain, neither have two iPad Airs, two iPhone 7 Plus models, and an iPhone 6s in the same home.

Likewise another AppleInsider editor is reporting a major impact on battery life and other performance problems for their first-gen iPad Pro.

Summing up AppleInsider’s report, it does seem like there is still an issue with iOS 11 that is affecting some users’ devices, but hopefully this will be addressed and fixed in future updates.

Follow-up: According to this video from iDeviceHelp, iOS 11.1 should definitely fix the battery drain issues:


iOS 11 will dramatically improve battery life on all iPhones

See! I KNEW I wasn't cray cray! My 7 Plus did not last as long as my 6S Plus. In all of his tests, the 7 Plus is the first device to die and that is what I was experiencing in the real world. My 6S Plus would go all day and sometimes all the next day. I never got a second day out of my 7 Plus.
9

I too have noticed an increase in battery drainage with the latest update being 11.0.3. Hopefully by the time 11.1 hits it will have been resolved. Fingers crossed. But I have noticed that my 7 Plus that was bought this year in April, is not holding a charge like before the update to iOS 11 and beyond. Used to get a good day and a half to 2 days out of the phone. Now it has to be charged every night. Again, hopefully they have or will have resolved these issues with the 11.1 iOS update. Patiently waiting for the update myself and hopeful as well!!

My wife and I have been saying "no" to the regular pestering to upgrade our 2017 iPads and our iPhone 6S', because neither of us needs the grief.

How long before iOS 11.1 will appear?

ITGeek said:
My wife and I have been saying "no" to the regular pestering to upgrade our 2017 iPads and our iPhone 6S', because neither of us needs the grief.

There's no way to tell for sure but it shouldn't be too much longer as we've had three beta releases in the last week and a half. This could mean that they're tweaking things for the public release.

Yep, I was hoping for the update Friday night or Saturday morning with the release of the X pre-order, but maybe on the 3rd when they go live

zstairlessone said:
Yep, I was hoping for the update Friday night or Saturday morning with the release of the X pre-order, but maybe on the 3rd when they go live
Click to expand...

It would be highly unusual for Apple to release an iOS update on a weekend unless it were an emergency patch. A public release of iOS 11.1 would be more likely to occur on a Monday or Tuesday.
A

My 5SE battery goes down fast now since installing each iOS 11 update.
Currently on :
11.1.2

Any improvements observed by anyone after the latest ios 11.3 beta 4 today?
K

Either something on your iPhone is draining the battery or the battery needs replacing. If you have an iPhone 6 or later, Apple has a $29.00 battery replacement program good until the end of the year. You may want to have your iPhone checked to determine exactly what is causing the rapid battery drain.
Last edited: Mar 9, 2018
K

kev1065 said:
I’m aware of apples battery replacement I think I do need a replacement battery just getting to Apple shop is the problem at mo
Click to expand...

An Apple authorized service centre can also do the battery replacement.
W

Test
You must log in or register to reply here.