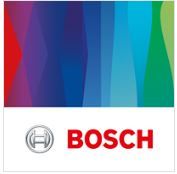 According to a report on Bloomberg today, Robert Bosch GmbH has just won a big order from Apple to supply some of the motion sensors for the next iPhone, which are currently primarily supplied by InvenSense Inc.

The move by Apple away from InvenSense and towards Bosch was predicted by InvenSense’s finance chief last August, and comes just as the San Jose based company is about to finalise its $1.3 billion sale to TDK Corp, one of the reasons for which was to boost TDK’s business with Apple.

Apparently Bosch is set to supply as many as half of the motion sensor components for the new iPhone, and InvenSense the other half. Bosch already makes barometric pressure sensors for the iPhone. Bloomberg says that according to its supply chain analysis, Apple makes up 60% of InvenSense’s revenue. Apple CEO Tim Cook likes to ensure that Apple sources components from at least two suppliers in order to be able to negotiate cheaper prices.

Source: Bosch Said to Win Some IPhone Orders in Blow to InvenSense
You must log in or register to reply here.

Apple Said to be “Cautious” About 2018 iPhone Component Orders