Beats 1’s Most-Played Artists Are The Weeknd, Drake, and Disclosure 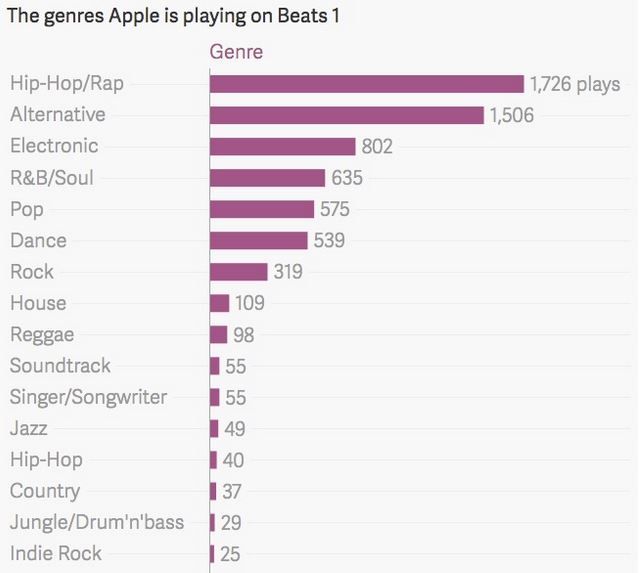 With one month’s tuneful existence already under its belt, Apple’s Beats 1 radio station has certainly played a diverse selection of artists and genres, although judging by this new report from Quartz, via MacRumors, there seems to be a preponderance of dance music, hip-hop/rap, alternative and electronic music on the playlists.

Quartz took data from 12,445 songs from the early July to early August period, and found that The Weeknd, Drake and Disclosure were the top three most-played artists during that time period, with 180 plays, 163 plays, and 144 plays respectively.

As far as the most-played songs are concerned, The Weeknd also topped that list, with “Can’t Feel My Face,” a song that he performed live at Apple’s WWDC this June. Rachel Platten, Beck, and Selena Gomez all had songs that were very high on the most-played list during the time period in question.

Quartz also said that while Apple Beats 1 radio is curated, that didn’t necessarily mean that there wasn’t a lot of repetition in the playlist, with its figures showing 12,445 tracks played, but just 3,371 unique songs.

Source: The Weeknd Drake and Disclosure Among Most Played Artists on Beats 1 - Mac Rumors
You must log in or register to reply here.