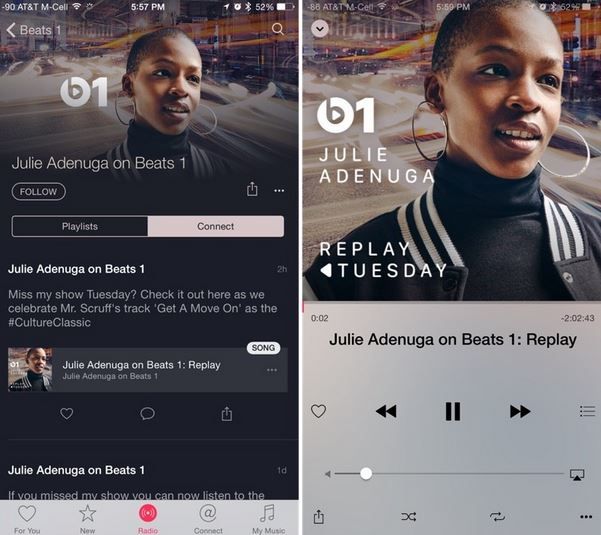 Apple has introduced a new feature for its Beats 1 radio station, writes MacRumors. Called Beats 1: Replay, the new feature lets you listen to full replays of radio segments from the channel, including those from Zane Lowe, Julie Adenuga, and Ebro Darden.

Previously, listeners had the option to listen to playlists of songs by each DJ after their show finished, but there was no option to re-listen to an entire show, including interviews with guests, and commentary, save for the second playthrough 12 hours after the first air date.

However, over the past few days Apple has quietly added the option to listen to a full replay of a show on Beats 1 that will be exactly the same version of the song as the one that aired live.

Despite the fact that this is bound to be a very popular feature with Beats 1 listeners, it’s not exactly easy to find at present! In order to access Beats 1: Replay, you have to tap on the Beats 1 logo in Apple Music, open the list of featured shows, and then select your chosen DJ to access their Connect page.

You can also access Beats 1: Replay by searching for an individual DJ’s Connect section, or searching for a specific term, such as “Julie Adenuga Replay.”

Selecting the Beats 1: Replay option will then play the whole show in one go, just like a podcast, without seeing details of each song as it plays, as happens when you listen to Beats 1 radio live. You also won’t be able to “heart” songs and add them to playlists.

Beats 1’s Most-Played Artists Are The Weeknd, Drake, and Disclosure