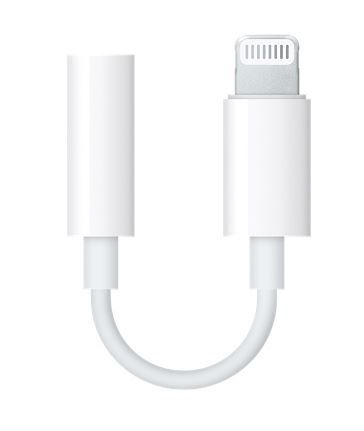 MacRumors reports today that according to a new research note from Barclays analyst Blayne Curtis, a Lightning to 3.5mm headphone jack adapter will not be bundled with Apple’s expected three new iPhone models that are due to launch in September.

“We currently model no dongle this year,” said Barclays.

If true, this will be a blow to Cirrus Logic, which is the main supplier of audio components within the adapter.

Barclays previously said that it would not know whether or not the Lightning to headphone jack will still be included in this year’s iPhone line-up until May or June, so it sounds like the analysts have managed to obtain the information a little earlier than expected.

Last year, Barclays accurately stated that Apple would still be bundling the adapter with the 2017 iPhone line-up that included the iPhone 8, iPhone 8 Plus, and iPhone X, and even back then mentioned that the adaptor might no longer be included in 2018.

“We believe it stays this year but goes away at some point, potentially in the 2018 model,” stated Barclays in April 2017.

Source: Barclays Predicts 2018 iPhones Won't Come Bundled With Lightning to Headphone Jack Adapter
You must log in or register to reply here.