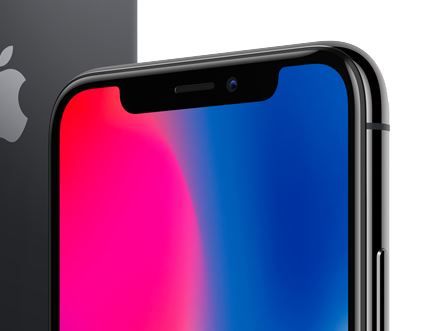 According to a new research note from Barclays analysts Andrew Gardiner, Hiral Patel, Joseph Wolf, and Blayne Curtis, Apple is set to release three new iPhones this year (this is also the opinion of KGI Securities analyst Ming-Chi Kuo), all of which will have a second-generation TrueDepth camera system that should be smaller than the current version, meaning that the notorious “notch” will be smaller. However, they add that not much else will be changing for the 2018 version of the iPhone X.

The Barclays analysts say that “given the complexity and multiple years spent developing the current generation of module, combined with supplier comments over the past month regarding multi-year customer commitments, we do not envisage a major change to the architectural make-up in 2018.”

As far as future iPhones beyond 2018 are concerned, the Barclays analysts said that Apple is “working hard” on a rear-facing TrueDepth camera system, which may or may not be ready by 2019. However, the analysts noted that a rear-facing sensor could bring with it its own problems, “given the additional complexity associated with a greater range and field of view and […] the potential safety implications for the human eye.”

Source: Barclays Says Second-Generation iPhone X Could Have Smaller Notch
You must log in or register to reply here.

The 2019 iPhone X Notch Could Be Much Smaller

Apple Said to be Removing the iPhone X Notch in 2019