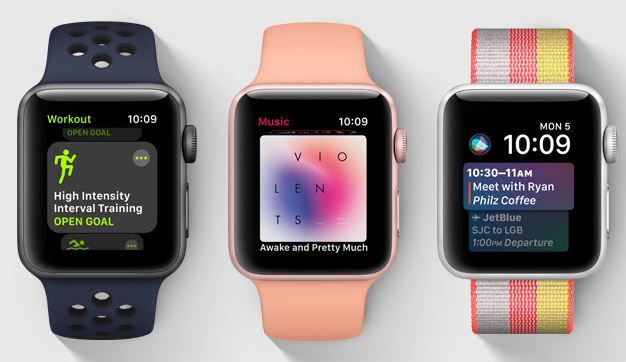 MacRumors reports that according to the Chinese-language Economic News Daily, Apple Watch Series 3 has entered “final testing phase,” meaning that it is perfectly on schedule for the rumoured September launch.

According to the report’s anonymous sources, Taiwan’s Quanta Computer is manufacturing the watches, and will begin shipping them to Apple in the fourth quarter, ready for a September launch along with the three new iPhones and possibly even a 4K Apple TV.

As for what the Apple Watch Series 3 will look like, the experts seem to be a little divided on this one, with KGI Securities’ Ming-Chi Kuo saying recently that there will not be any “obvious” form-factor changes, and Daring Fireball’s Jon Gruber saying the opposite, i.e., that the Series 3 will have an all-new form-factor.

However, yesterday Gruber said “it could also be that both my birdie and Kuo are correct. The phrase ‘will not feature an obvious new form factor’ leaves a lot of wiggle room with the word ‘obvious.’”

If the Apple Watch series 3 has an all new form factor, it will require a new version of watchOS that's not compatible with current Apple Watches. For example, a round form factor has no corners or room at the top and bottom of the screen to place complications.
Last edited: Aug 17, 2017
You must log in or register to reply here.