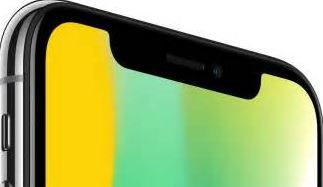 Anyone hoping that Apple will get rid of the controversial iPhone X notch in future iPhones looks like being out of luck, as 9to5 Mac reports today that Apple vice president Greg Joswiak has just given an interview with Tom’s Guide in which he praises the notch for being “one of the most sophisticated pieces of technology we’ve ever done in such an incredibly small space.” He added that the notch houses “one of the most densely packed technology areas I think we’ve ever done.”

“We had a line of sight on how to do real facial recognition, in a way never done before,” continued Joswiak. “It would be really hard to do, but we just didn’t want to do it the way others had, which could literally be spoofed with a picture.”

Tom’s Guide also named the iPhone X as the overall winner of its 2017 Innovation Awards, noting that “The iPhone X isn’t the first phone to integrate technologies like OLED or facial recognition- it simply executes those features better than the competition. At the same time, the processor inside the iPhone X is miles ahead of anything from the Android camp.

“There are three advancements - the Super Retina Display, Face ID and the A11 Bionic chip - that combine to make Apple’s flagship the most innovative product of the year.”

Source: Apple VP Greg Joswiak defends iPhone X notch as one of the company’s most impressive pieces of tech

Of course he says that. And when they figure out how to eliminate the notch and have a full screen display without it he'll be saying that engineering the notch away is sophisticated, innovative and impressive.
You must log in or register to reply here.

The 2019 iPhone X Notch Could Be Much Smaller

Apple Said to be Removing the iPhone X Notch in 2019