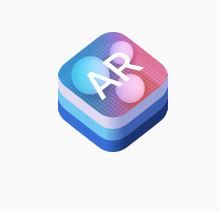 Bloomberg has yet another Apple scoop today, with Mark Gurman reporting that Apple’s work on its augmented reality headset project continues apace. So much so, in fact, that it is planning on having the technology completed by 2019, ready for launch in 2020.

Bloomberg’s source says that Apple is looking to launch “a breakthrough product to succeed the iPhone,” and it thinks that the AR headset could be the very product.

Bloomberg says that Apple’s AR headset will differ from the current crop of virtual reality (VR) headsets in that it will be a standalone device and will not require to be paired with a smartphone in order to work as it will have its own display. It will also have its own bespoke chip and operating system, which is referred to internally at Apple as “rOS.” Former games and graphics software manager at Apple, Geoff Stahl, is said to be one of the rOS software group directors.

Source: Apple Is Ramping Up Work on AR Headset to Succeed iPhone
You must log in or register to reply here.