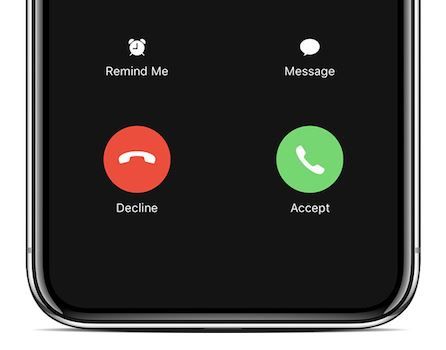 MacRumors reports today that according to a report in The Financial Times, some iPhone X users have been complaining of delayed incoming calls to their phones. It appears that the issue is a genuine one, as Apple has responded to the complaints and said that it is “looking into these reports.”

Apparently, threads about the issue on Apple’s official Support Community have hundreds of complaints all around a similar theme, whereby they are experiencing delays of around 10 seconds in their iPhone X display turning on during an incoming call, preventing the user from tapping the Accept or Decline buttons.

And it seems that the issue is not even a new one, having first come to light just after the iPhone X launched in November 2017.

According to the complaints, all iOS versions back as far as iOS 11.2, and possibly even earlier versions of iOS 11 are affected.

Source: Apple is 'Looking Into' Limited Reports of Incoming Call Delays on iPhone X
You must log in or register to reply here.

iPhone X Parts Suppliers Now Said to be Back on Schedule