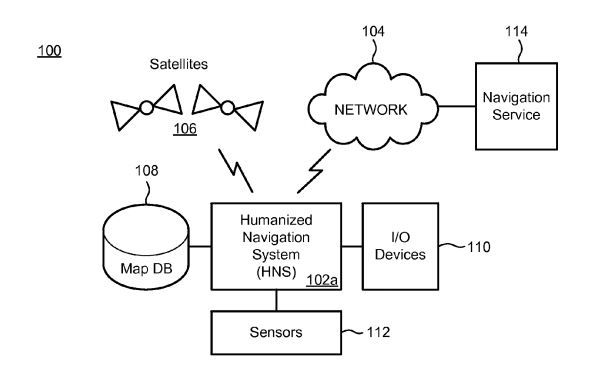 Autoblog reports that Apple has just filed a patent application for what it calls “Humanized Navigation Instructions for Mapping Applications.” So what is that, exactly? Well, according to Autoblog, the patent filing is for instructions that would make navigation systems more human, more colourful, and less binary.

According to the patent application description, the system would be “focused on comprehension rather than precision,” meaning that it would provide more details on your surroundings when you are about to start your journey and when you arrive at your destination, for example.

In other words, it would be more like a friend next to you on the journey, rather than a cold, clinical robotic voice barking out directions and nothing else.

It could also entail using nearby landmarks or notable places as orientation points, rather than simply saying “head north.” And instead of saying “your destination is 500 yards away,” for example, it would describe things that you might see in the nearby locale as you approach the end of your journey.

Source: Apple files patent for humanized navigation system
You must log in or register to reply here.