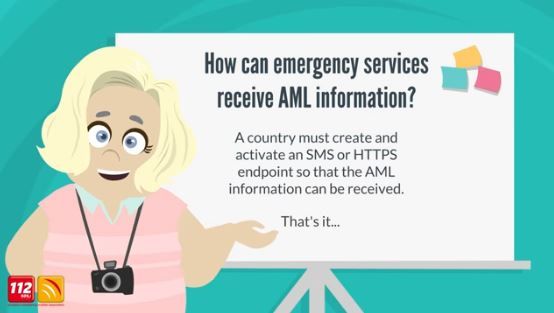 MacRumors reports that the European Emergency Number Association (EENA) has asked Apple to install the Advanced Mobile Location solution into iOS in order to help make iPhone users safe in an emergency. EENA says that it has tried to contact Apple to talk about installing AML in iPhones, but so far its efforts have been fruitless. Apple has yet to make an official comment on the matter.

Advanced Mobile Location works by recognizing when someone makes an emergency call on their smartphone and then activates the phone’s GPS or Wi-Fi, if it’s not already activated, in order to obtain the caller’s exact location. The phone will then send an automatic SMS to the emergency services letting them know the caller’s location, and then turn the GPS back on.

AML is apparently up to 4,000 times more accurate than regular emergency systems, which use cell tower locations or assisted GPS. EENA even has evidence of various real-life situations where AML location accuracy was under 12 meters.

Google implemented its own AML system, Emergency Location Service, into Google Play, which works automatically on all Android phones running its Gingerbread OS or newer.

EENA says that carriers within various European countries, including the UK, Estonia, Lithuania, Austria, and Iceland, and also New Zealand, elsewhere in the world, all support AML.

Here’s a quote from the European Telecommunications Standards Institute about the effectiveness of AML:

“Ambulance Service measurements show that, on average, 30 seconds per call can be saved if a precise location is automatically provided, and several minutes can be saved where callers are unable to verbally describe their location due to stress, injury, language or simple unfamiliarity with an area.”
Click to expand...

That seems to be just what the SOS feature on the Apple Watch does. It sends your location and a pre-recorded message to emergency services as well as contact everyone on a pre-set contacts list.
You must log in or register to reply here.

Apple is Allegedly Exploring a Panic Mode for Touch ID