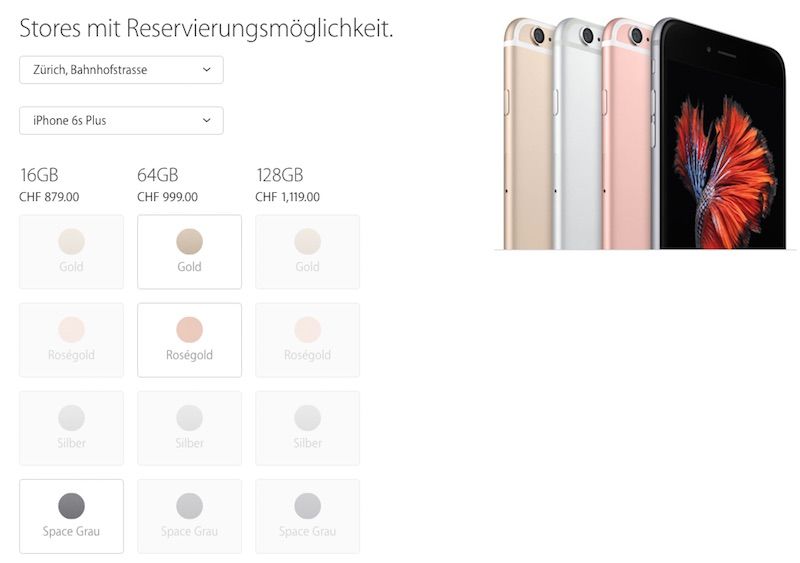 According to multiple online reports, it seems Apple is now accepting iPhone 6s and iPhone 6s Plus in-store reservations through its Reserve and Pickup program in six European countries. The new handsets are set to launch this Friday in Belgium, Italy, Spain, Sweden, Switzerland and the Netherlands.

Thus, European customers from these countries will be able to select an iPhone model, color and storage size and make a reservation at a local Apple Store for in-store pickup on October 9. Most iPhone 6s models remain available for in-store reservation in all six countries, but iPhone 6s Plus models are very limited at most locations.

Most Apple Store locations should have a special line for customers with reservations and only the person named on the reservation can pick up the iPhone with a photo ID.