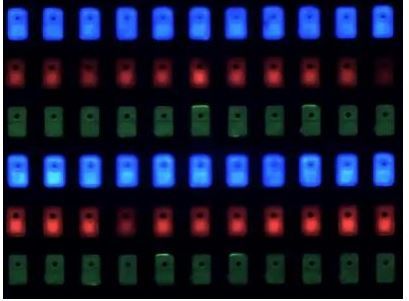 According to a new report in DigiTimes, via MacRumors, Apple and TSMC are currently working together to solve issues that hamper the mass-production of micro-LED display panels. Apparently, Apple and TSMC are in the process of developing applications using silicon-based backplanes (silicon wafers) in a bid to avoid the problems that come with the mass transfer of LED chips.

As soon as Apple and TSMC have perfected this process to the degree that micro-LEDs can be mass produced (relatively) cheaply and reliably, they may well then be used in future Apple devices. However, this is not expected to happen until 2019 at the earliest, when the Apple Watch could be the first Apple device to have the displays.

Meanwhile, the report also says that Apple has downsized its micro-LED R&D team in northern Taiwan, but that may well be because Apple’s micro-LED research has been moved back to its US headquarters.

Source: Apple Reportedly Working Towards Mass Production of Thinner and Brighter Micro-LED Displays
You must log in or register to reply here.