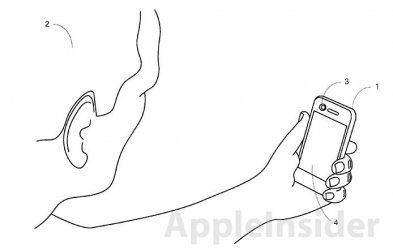 ​
According to a new report from Apple Insider, Apple is looking at innovative ways to secure your iPhone and iPad devices. A new Apple patent called "Personal computing device control using face detection and recognition" has been discovered at the U.S. Patent and Trademark Office. The technology it contains would let you unlock your iPhone or iPad by having it scan your face.

Currently, the iPhone 5s comes with a fingerprint scanner, which is an increased security measure, but it seems that Apple wants to come up with even more safe ways to lock your devices. Mikey Campbell with AppleInsider describes the patent:

As noted in the document, face detection and recognition are two different processes. Detection involves locating faces within an image, while recognition goes deeper by pairing those faces with a particular person or user. Typically, facial recognition follows detection.

Apple's patent comprises three separate systems: a face detection decision application; a face recognition application; and an input/output control application. These systems work together to detect whether a user is authorized to operate a given device, and if so, activate certain functions within the computing environment.
Click to expand...

He also explains how the technology would work during an incoming phone call:

Apple's face recognition patent was first filed for in 2008 and credits Jeff Gonion and Duncan Robert Kerr as its inventors. There is a chance that we might see this technology in future products - whats your take on this?

The surge of "hey, can I borrow your face for a sec" is arriving. Hopefully they add that feature to the restoration process as well just like how iCloud's FindMyiPhone/iPad has to be manually deactivated before soft restoring, or during the restoration process when restored in DFU. That way, it's a HUGE setback for dishonests to steal the device and sell it.

Meanwhile it's also a great way to have up to date and ongoing data on the faces/identity of iPhone users all around the world.

Or would the database holding such information be regularly purged and HEAVILY protected from hackers?

I'd say that Apple would put them on a separate server on its own.

Maybe the face recognition data would be stored only on the device itself, like the fingerprint data currently is on the iPhone 5S?
1

Just like android had for a few years now.
You must log in or register to reply here.

Apple Has Face Recognition Plans for iPad and iPhone