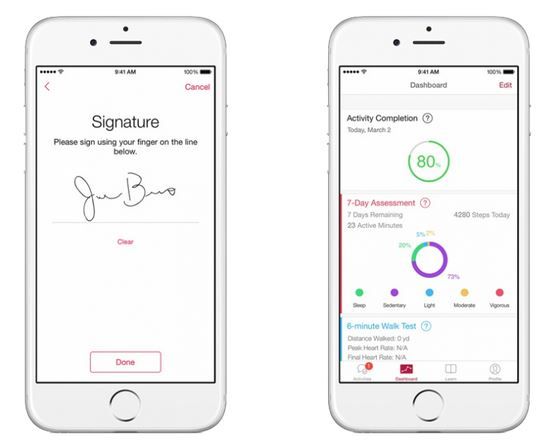 Bloomberg reports that researchers at Stanford University have been left stunned by the huge response to a call for people to sign up to its cardiovascular study via Apple’s new ResearchKit iPhone tool.

When the researchers woke up on Tuesday morning, they found that 11,000 people had signed up for the study via ResearchKit, which had only been introduced less than 24 hours previously.

“To get 10,000 people enrolled in a medical study normally, it would take a year and 50 medical centers around the country,” said Alan Yeung, medical director of Stanford Cardiovascular Health. “That’s the power of the phone.”
Click to expand...

ResearchKit is a new tool created by Apple that enables doctors to trial study participants from among Apple’s hundreds of millions of iPhone owners throughout the world at a greatly accelerated rate.

However, Bloomberg does sound a note of caution, saying that some researchers have criticised ResearchKit for its flawed information-gathering, such as consent forms not being clear enough, or its apps failing to fully or accurately capture data.

However, Stanford researchers clearly have nothing but praise for ResearchKit, based on their experiences so far. According to Bloomberg, the Stanford researchers will be using ResearchKit to find out how people can be encouraged to modify their behaviour in order to improve their heart health, with the app using mainly the iPhone’s GPS and accelerometer to collect data.

I hope we'll soon get this in Canada.
You must log in or register to reply here.