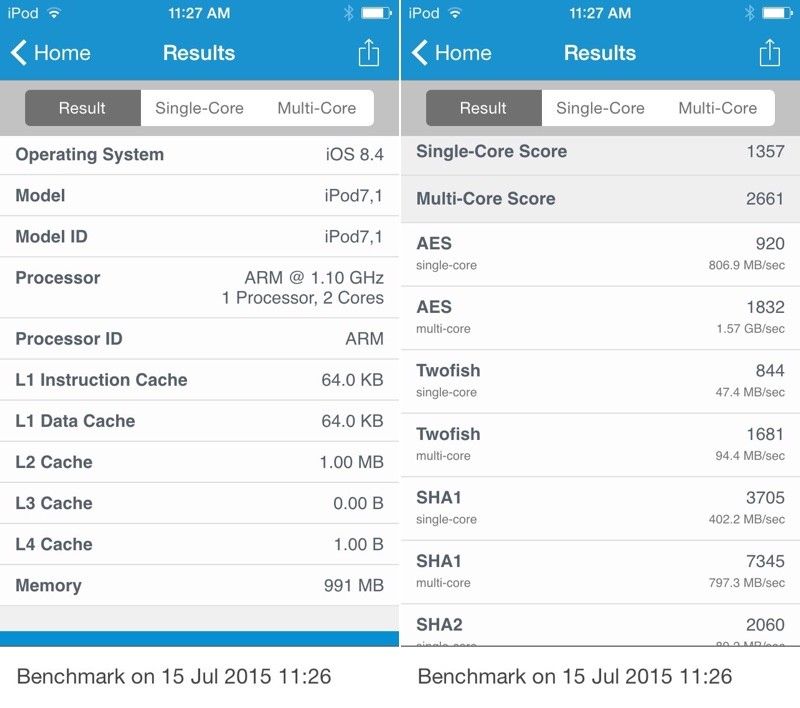 Yesterday, Apple has launched a new vesion of the iPod touch with new colours, an A8 chip and a 8 Megapixel iSight camera, among others. Matthew Panzarino from the TechCrunch publication has run some benchmarks on the device, revealing more details regarding the innards of the device.

The early tests seems to suggest that the A8 processor in the new iPod touch is running at 1.10GHz per core, slightly slower than the 1.39GHz per core the iPhone 6 runs at. In the Geekbench 3 test, the iPod touch scored 1379 on the single-core test and 2440 on the multi-core test right out of the box. For comparison, the previous-generation A5 iPod touch scored 215/410 on Geekbench's single and multi-core tests, which means the new sixth-generation iPod is six times faster.

The new iPod touch maintains 1GB of RAM but gets the most recent Bluetooth 4.1 standard, which is a first for Apple's devices. Bluetooth 4.1 is more reliable, offering less interference with LTE bands, improved power management, and better data transfer.

Source: TechCrunch
You must log in or register to reply here.