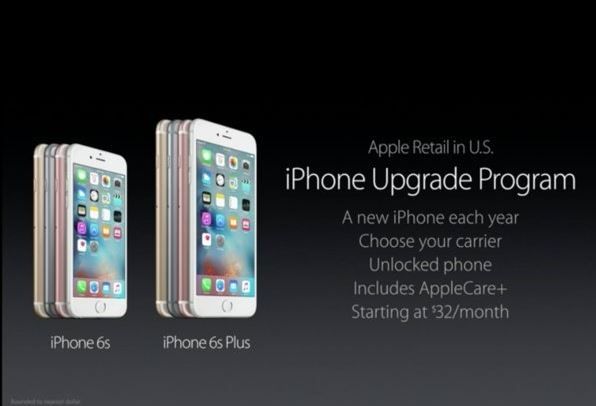 AppleInsider reports that it looks as though Apple’s iPhone Upgrade Progam has had the effect of causing some customers in the U.S. to move towards carriers such as T-Mobile and Sprint, which have cheaper fees, and away from AT&T and Verizon.

In the original report from Bloomberg T-Mobile said that its recently reported best iPhone quarter ever figures for September were in part down to people buying their iPhones via Apple’s iPhone Upgrade Program and then switching to T-Mobile.

And while Sprint will not be releasing its quarterly figures until Tuesday, it’s expected that the carrier will have signed up 321,000 new subscribers in its fourth quarter of user growth in a row. Just as with T-Mobile, it is likely that some of these new subscribers are as a result of Apple’s iPhone Upgrade Program.

The scheme was only launched in September, at the same time as the iPhone 6s and iPhone 6s Plus, and while Apple has yet to release official figures of how many people have signed up, analysts expect that it could be anywhere between 3 and 9 million in the first year.

The scheme cost a minimum of $32 a month for two years, for which you get a new unlocked iPhone every year, along with AppleCare+ warranty.

Source: T-Mobile, Sprint poised to pick up subscribers from Apple's iPhone Upgrade Program
You must log in or register to reply here.

T-Mobile is Now the Third Larget Carrier in the US

Mobile Carrier Switchers Tend to Turn to Sprint for Their iPhone