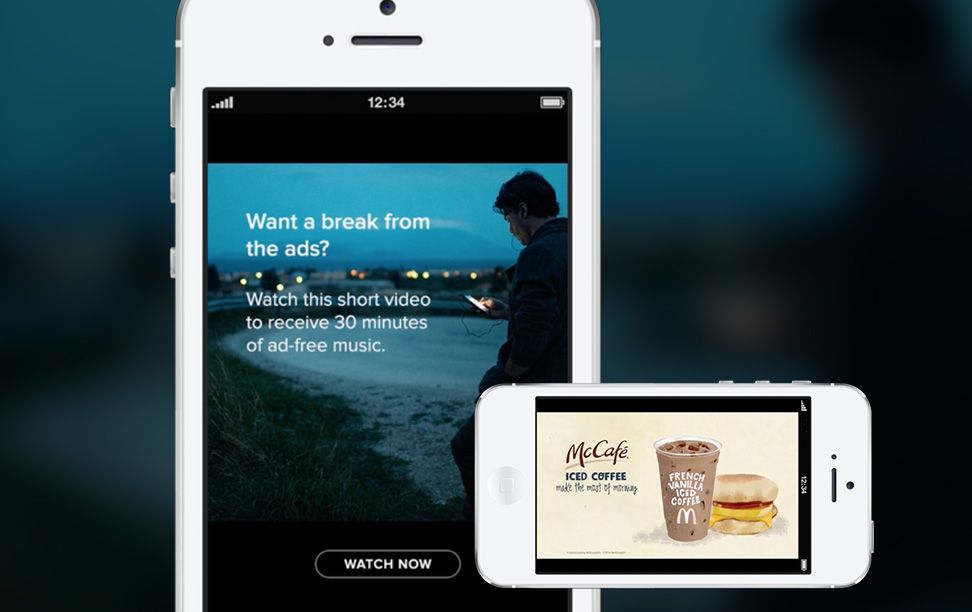 Popular music-streaming service Spotify announced on Monday, that the company will be providing a new way to stream music for free. The subscription-based service, with over 40 million users, will be providing 30 minutes of uninterrupted music, if the user sits through a single 13-30 second video ad.

Folks who are paid subscribers obviously won't be affected by the change, since monthly subscribers get to listen to Spotify radio ad-free anyway. These new 'Video Takeover' ads will consist of 13-30 sponsored videos from the likes of Coca-Cola, Ford, McDonald’s, NBC Universal Pictures, Kraft/Mondelez, Nike, Sprint, Target and Wells Fargo.


Spotify states that the Swedish company will begin testing the new form of ads with users starting Q4 2014, with limited brands at first, then available to all in Q1 2015.
R

Who cares> I only use it while at the gym or walking to and from work on my commute. I don't stare at the screen. Terrestrial Radio would have 5x the ads for 30 minutes. I can handle 30 seconds once in awhile
You must log in or register to reply here.