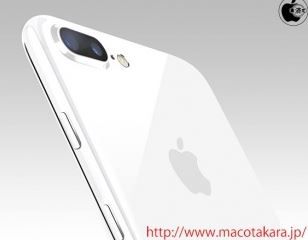 According to a new report from Japanese website MacOtakara, via MacRumors, Apple is planning to release a Jet White version of the iPhone 7 and iPhone 7 Plus. While MacOtakara is at pains to point out that the supply chain source for the rumour “may be unreliable,” it still throws up the interesting prospect of a sixth colour added to the current iPhone line up.

The name seems a little strange, however, as the term jet white would actually be an antonym, and that’s not the sort of mistake Apple usually makes.

As far as the veracity of the report is concerned, MacOtakara has a pretty good track record with Apple stories, having previously leaked accurate information about the Jet Black iPhone and the removal of the 3.5 mm headphone jack.

However, MacOtakara has been wrong in the past as well, for example when it predicted that Apple would release a bright pink iPhone SE.

Source: Apple May Add 'Jet White' Color Option for iPhone 7 and iPhone 7 Plus

Why not? Sounds like they should have done it from the start.

A new color after the 7 line has already been released?

The problem with the name is that the two words are opposites in that Jet references the black shiny variety of hard coal that was frequently cut and polished for use in jewellery. The difference couldn't be more black and white.
Last edited: Nov 7, 2016

I don't think Apple will make a new colour availble without announcing it in an event. If a new colour comes, which I don't really believe at the moment, this won't happen soon.

How about Ivory Tusk White or Piano Keys White.

(Honestly who cares what it's called)

I really can't see it happening.

I would guess that most owners of the top of the range iPhones keep them in cases for protection.
Naturally no surveys have been done with figures or anything. So unless you're going to go unprotected what difference does the colour matter, it's all in the mind.

There are clear cases that show the colour of the iPhone.

You using one of those ugly things?
You must log in or register to reply here.