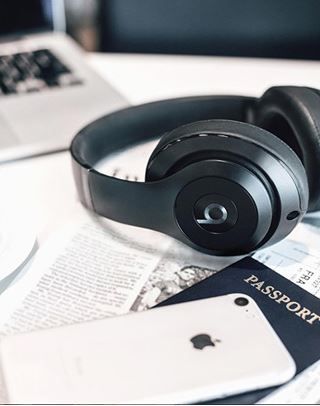 AppleInsider reports that a photo posted by Beats on Instagram features what looks like a Jet White iPhone 7 next to a pair of Beats Studio Wireless headphones. Could this actually be an accidental leak by Beats and Apple of the rumoured new phone colour? While neither Beats nor Apple have yet to make an official announcement on the matter, AppleInsider tweaked the picture in Photoshop and found that what looks to be a white phone is most likely a regular silver iPhone 7 that has been made to look white by the Instagram filter used.

Given how tightly both Apple and Beats control the images that they release to the public, it does make you wonder if they did this on purpose, knowing that by showing what looked like the fabled new Jet White iPhone, their photo would attract much more interest than a photo of a pair of Beats and a passport would ever do. And, if this tease was indeed intentional from Apple and Beats, could it mean that a Jet White iPhone really is on the way after all?

Since the term Jet is properly used to describe how black something is, pairing it with the word White makes no sense. I hope Apple realizes this before giving a nonsensical name to a white iPhone.
Last edited: Jan 9, 2017
You must log in or register to reply here.