Status
Not open for further replies.

Does anyone know if it is possible to report price gougers to police and have them donate their blackmarket products to people who really need them?

If your local government has banned price gouging during the pandemic you certainly can report price gouges to the police. What’s done with the products is up to law enforcement. I’ve heard of cases where the items were redirected to areas of greatest need.
OP

I keep finding stuff on-line for outrageous prices. I report listings to eBay, etsy, and flag CL posts. Sellers in Pennsylvania listing here, e. g. $20+ for a can of Lysol!

There is no point complaining to ebay etc.; they will say that they are just go-betweens. It is up to the buyer to decide if they want to pay whatever the cost is.

All one can do is ignore such sellers and hope to goodness that others do as well.
OP

Sadly, the price gougers know their business. People are paying exorbitant amounts for essentials. I just returned from Walmart, Aldi's, and Office Depot. No one had Lysol. I might go to another location a little later on today if I feel up to it. It is about 90 F outside with the index right now, and my old motor has no air conditioning. I normally never shop during the day once the weather turns hot. I usually wait to go until 10 p.m. after everything has begun to cool down. I am exhausted.

Our Prime Minister is in Intensive Care now.
OP

Yes, I read that this morning. Sounds ominous.

HunnieBunnie said:
Yes, I read that this morning. Sounds ominous.
Click to expand...

We really need everyone on this so I hope he gets better soon.
OP

Yes, indeed. This virus could easily wipe out what is left of anyone 60 or old with underlying health problems, and if it wipes out enough world leaders, we would all be that much more worse off.

I passed by one of the larger garden centres on my way home this afternoon, and they were packed with shoppers. I was so chagrined. I reported them as unessential a couple of weeks ago. I have no idea why they remain open. I sent another email to my head at Code Compliance. She also is confused as to why they are open and is looking into it. It is infuriating enough that these businesses refuse to shut down, but more infuriating than anything are the bloody shoppers in there behaving like nothing is wrong and it is just another shopping day!!

One aspect people will have to consider when, or preferably before, the lockdown is lifted is their car batteries. While their cars may not be going anyway; just sitting on their drives, the central locking, alarm system, onboard computer management system, etc. will be steadily draining the battery. Frequent short runs to shops will not replenish the charge taken during starting and so many may find the first day back at work starts - or stops- with a flat battery.

Older cars with out all the modern day onboard electronics may well be fine.

(I had not considered this until I measured the residual current drawn and hence the reason for my flat battery after returning from holiday a few years back. So speaking from experience!)

If you have a plug in at the parking space you could use a trickle charger to keep the battery charged.

Is anybody else had enough of people who throw their used gloves on the sidewalks and streets? The second photo was taken in the middle of an aisle at a grocery store. 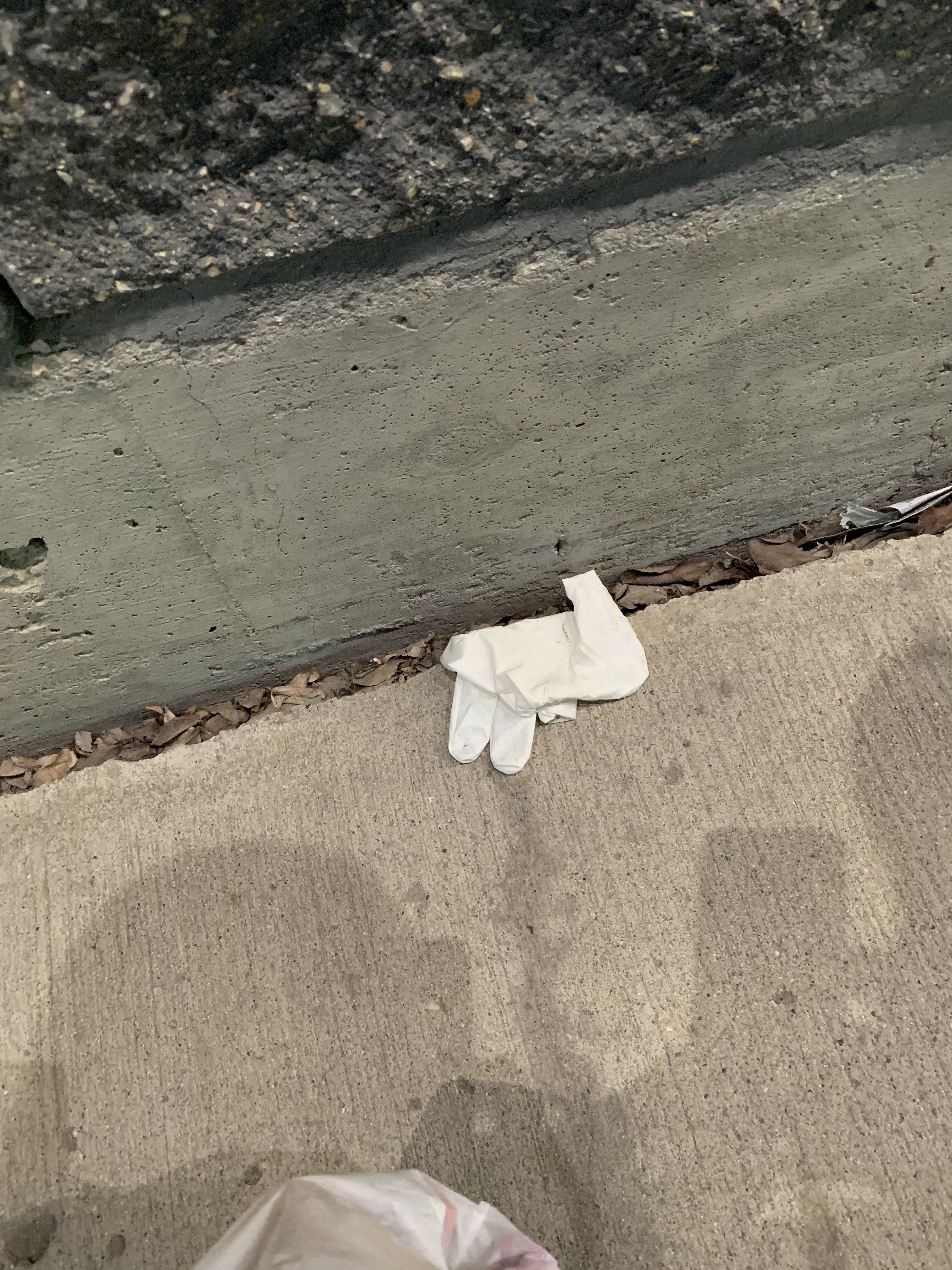 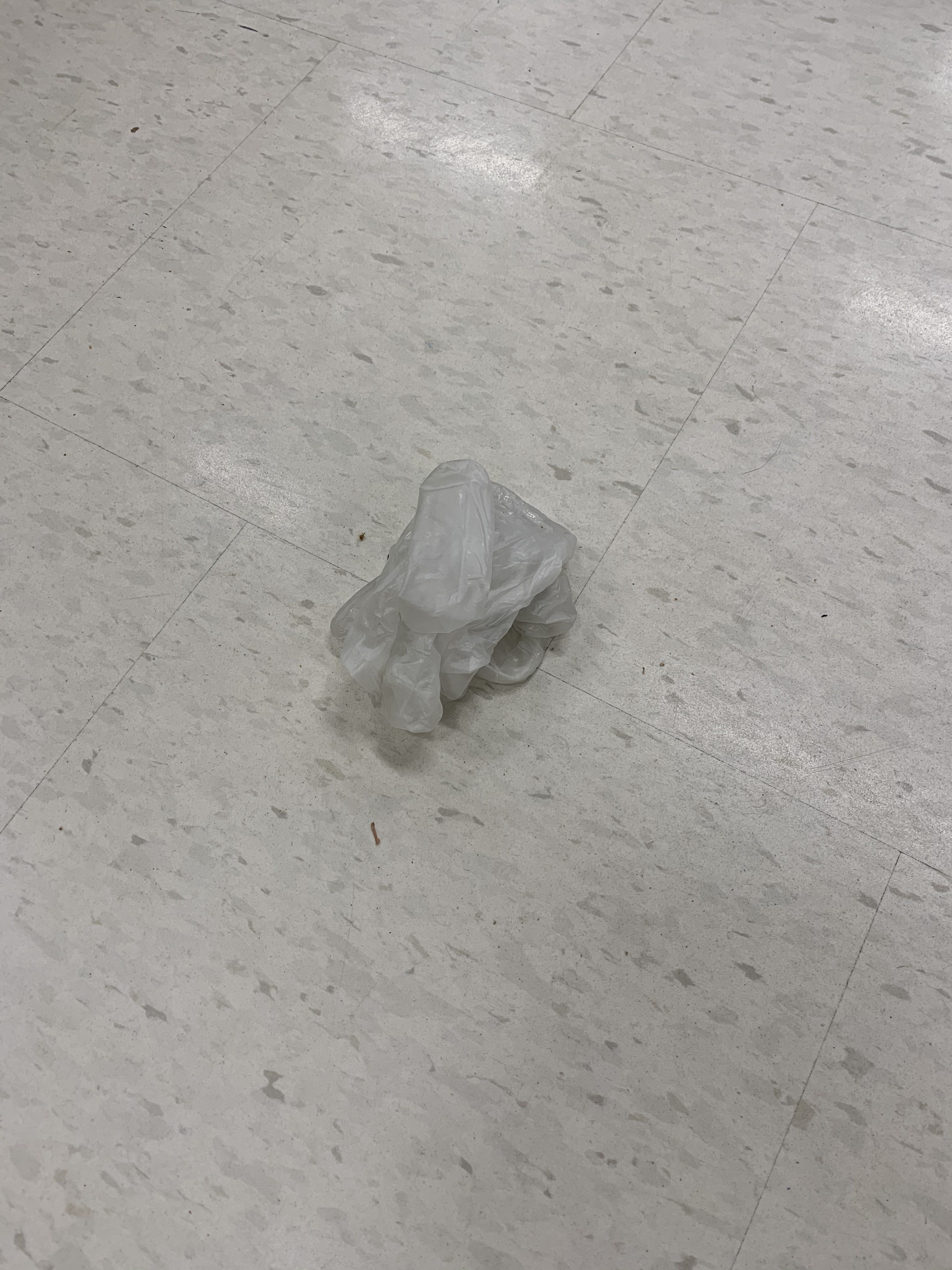 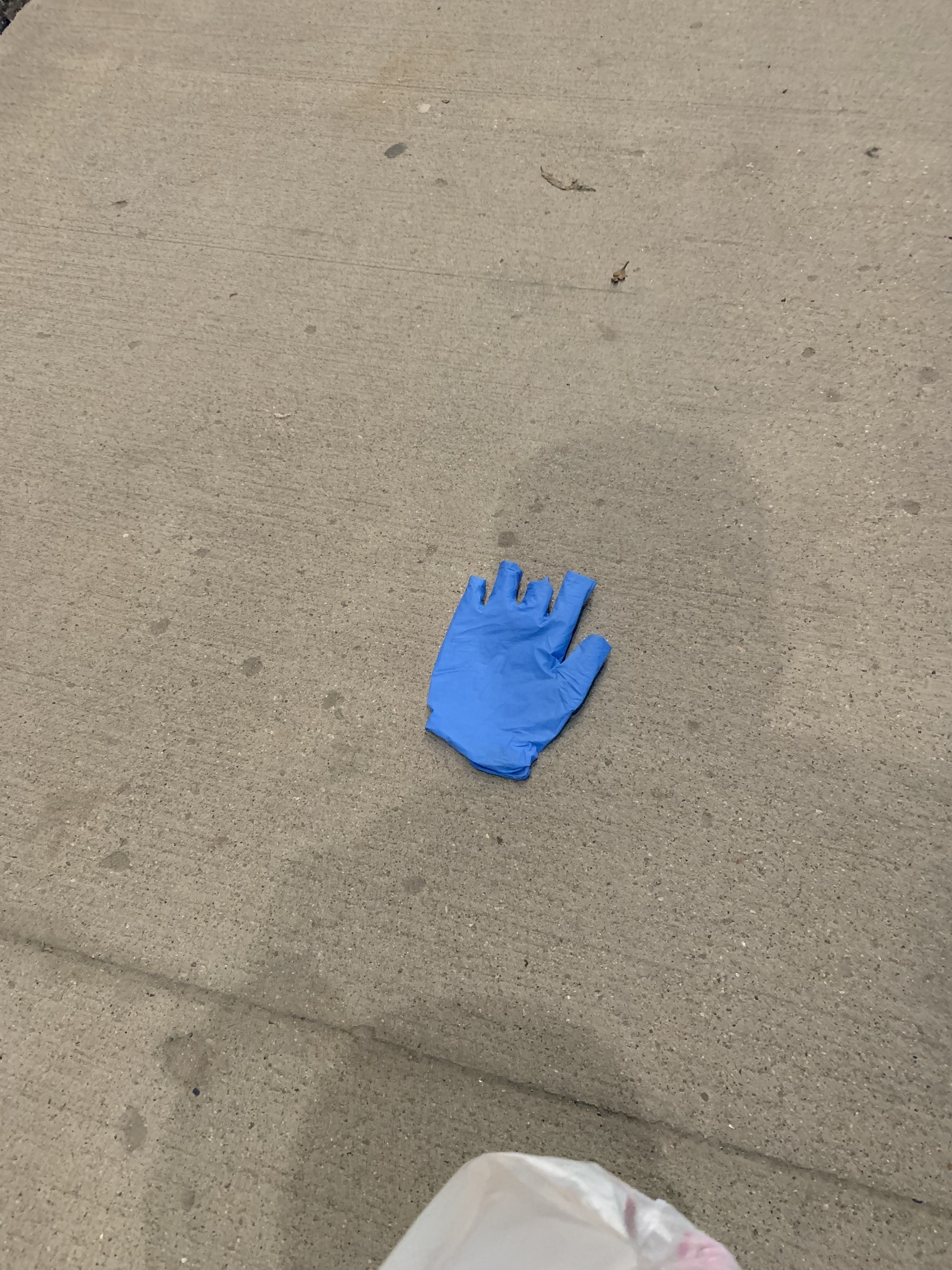 Certainly around us are numerous discarded disposable gloves. Why cannot they dispose of them properly? I think that they just throw them out of their car windows. Our petrol (gas) stations have them for diesel users, but then there are bins beside them for disposal.

NSquirrel said:
Certainly around us are numerous discarded disposable gloves. Why cannot they dispose of them properly? I think that they just throw them out of their car windows. Our petrol (gas) stations have them for diesel users, but then there are bins beside them for disposal.
Click to expand...

But it requires effort to put them in the disposal, something they can’t do.
OP

I am as amazed as you are scifan57. I cannot understand people who do this. Why do they do this sort of thing? Are they mentally deficient, or are they simply sociopathic? Although I have never been able to understand it, I see a lot of this sort of thing all of the time where I live, and I am not talking about gloves only. I have seen worse, much, much worse. Are you ready for this jaw dropping story?

I have been in my current home for some years now, but before I moved here, I lived in another, larger home not too far away where my primary car park was in the back of the property. There is a drive that runs down the back of that block from one street that bordered the block to the next street that bordered the block, so we had a fair amount of traffic that came through because a lot of the properties on that block also had rear parking.

On the other side of that long drive that ran the length of the block behind my house were some smaller, multi-family properties. On one corner there was a small apartment complex with 3-4 buildings. Next to that was a really nice, newly built triplex (semi-detached housing for those unfamiliar with the term triplex). Further down was another small apartment complex with 3-4 buildings. That long drive serviced all of these properties. The three property owners live out of state. As is so often the case around here, these property owners, especially the small apartment complexes's property owners, are not selective in their choice of tenants. So long as the rent is paid, they really do not seem to care what else happens. I believe this incident I am about to relate was done by someone associated with one of those properties.

Well, one fine morning, I was on my way out of my fenced, gated back garden on my way to town. What I saw in my back drive, which was shared with the residents next door (although I do not think for a moment that it had anything to do with them), was so shocking and repulsive that I knew then I would find another property. There on the ground in the drive were used needles, fast food wrappers, a used condom, and off to the side by the fence I found human feces. I reported it to police, but there was not much to be done about it. I had lived there for several years and had never seen anything like this before. I told my neighbours what I found, and I warned them to be careful and watch their surroundings especially if they left during the dark hours. One of my neighbours was a young medical student. He was also horrified by what had happened and immediately told me to stay inside whilst he cleaned up back there. He said he had plenty of plastic gloves, and it was better that he do it than I. I was very grateful indeed. It was undoubtedly the most shocking experience I have ever had anywhere near my home, but I still frequently find all sorts of trash discarded in the street. They just do not care about their community, and they have no respect for their neighbours or themselves if they would do such things. As you say, scifan57 and NSquirrel, how much effort would it take to put trash in a nearby bin?

I wish I could move to a much more exclusive area, but I simply cannot afford to do, so I am stuck with this sort of thing as are the other decent neighbours around here. It is very depressing.
Last edited: Apr 8, 2020

Status
Not open for further replies.