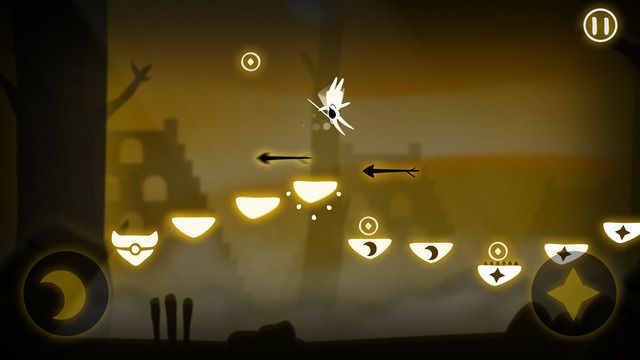 Pursuit of Light, a popular action adventure game for iPhone and iPad users, has been selected by Apple as its Free App of the Week. Thus, until next Thursday, you will be able to download the game completely for free; as it was previously available for 99 cents.

The game is set in a mystery world created by developer Lemon Jam Studio and released by publisher Zhipeng Wang. The game comes with intuitive touch controls, eighty challenging dreams, beautiful music and design, Game Center support and other features.

In the game, you play as a little girl who strives desperately to find the light and get out of the endless dream she’s found herself in. Here's how the official description of the game sound like:

"Pursuit of Light is an action adventure game set in a mystery world. The world is in the dream of a little girl. She wants to find the light and get out of the endless dream. But there are traps and dangers hidden. The player controls the little girl and guide her by the spell of moon and star to avoid the dangers and jump to the end."

The game has been released back in February of 2015, and the most recent update is dated April 7. This is the first time Pursuit of Light has gone free in the App Store.

Hey
You must log in or register to reply here.

The Last Express and Twinsens Adventure Coming to iOS

Oceanhorn 2: Knights of the Lost Realm Announced for iOS