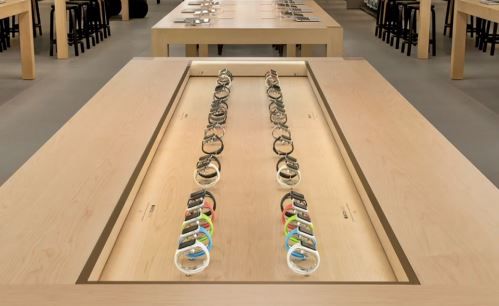 There’s been a little confusion as to whether or not you’ll have to have an appointment if you want to try on an Apple Watch in an Apple Store, but according to a report on 9to5 Mac today, it’s not in fact the case that you’ll need a prior appointment, although you should expect a long wait if you don't have one.

A new memo from Apple to its retail store employees that has been seen by 9to5 Mac tells Apple Store staff that appointments are not mandatory for customers who are looking to try on the Apple Watch, although they are recommended. The memo goes on to say that “Customers who come to your store without one [an appointment] will be taken care of.”

As 9to5 notes, it’s not exactly clear how customers who want to try on a watch will be helped to do so if they turn up on spec, but its presumed that you’ll just have to wait until an Apple Store employee is free and then ask them to show you.

Source: You WON T need an appointment to try on Apple Watch in retail stores but expect to wait 9to5Mac
You must log in or register to reply here.