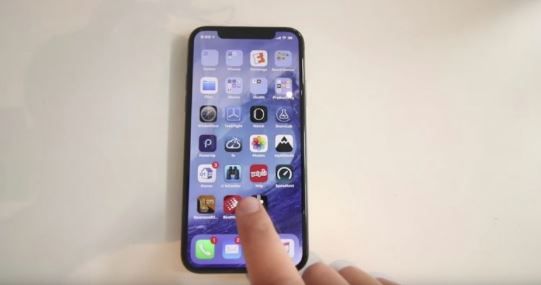 MacRumors reports today on a new iPhone X video that was leaked online and that was actually recorded by the daughter of an Apple engineer at Apple’s Cupertino headquarters. Clearly the video was not intended to be posted online, as it has since been removed from YouTube, but it is still available to view on Reddit.

In the video, Brooke Amelia Peterson shows off her Space Gray iPhone X at 1 Infinite Loop, Apple’s campus in Cupertino, California. Peterson’s first stop with the phone is a lunch break at Caffe Macs, where her dad uses the phone to pay for the food with Apple Pay and Face ID. Peterson then scrolls through the phone’s Home screen pages, as well as activating Control Center and Cover Sheet.

During the unofficial demo of the phone, Peterson also shows the bigger side button, as well as opening the Camera, Calendar, and Notes apps. Her dad also sends an alien Animoji to demonstrate the new facial recognition features.

This is the video I linked on the other thread lol unfortunately they took it down..

I wish my dad was an Apple engineer

Looks like it will be a slick new handy feature!

Cool and useful I think