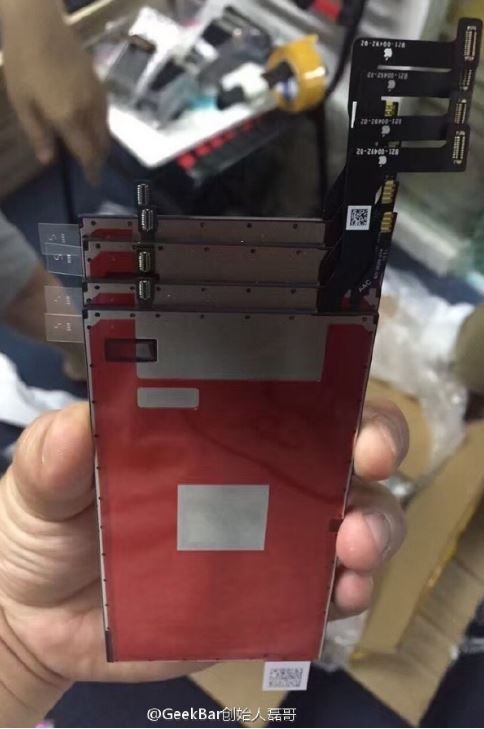 With the September 7 launch of the next iPhone getting so close now, more and more images are leaking on a daily basis, and today is no exception, with a leaked image from phone repair business Geek Bar posted on Weibo that claims to show an iPhone 7 display assembly.

MacRumors reports that in one particularly noteworthy photo that shows the display assembly as well as the phone’s front panel, it’s apparent that the display is actually positioned upside down when compared with previous iPhones.

When images that were said to be of the iPhone 7’s bare logic board leaked a couple of days ago, it was noted that the A10 chip was now positioned higher on the board than the main chip on previous iPhones, and also other display connectors were not where they were expected to be, based on the layout of previous phones. Extra places for flex cable connectors were found to be at the bottom of the new iPhone 7 logic board, and now today’s image shows how the display component has also changed.

Something else that has been inferred from all this detail is that it seems that there is no cutout for the home button, which could back up the rumour that the iPhone 7 has a haptic feedback home button rather than a physical button.

Has Apple Ditched the Mute Switch for iPhone 7?