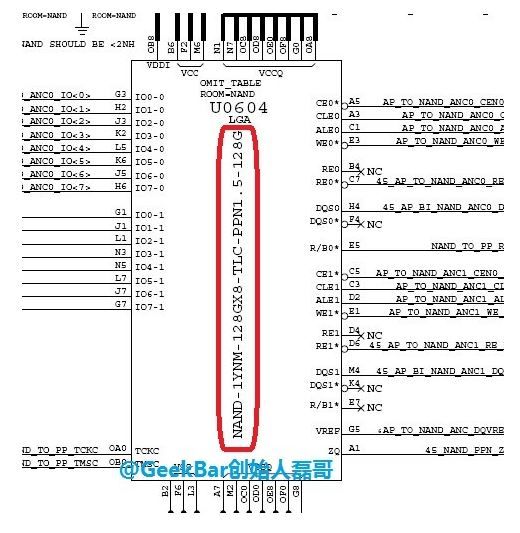 AppleInsider reports today on the emergence of a new document that points to there being a 128GB iPhone 6 model in the works, which would make it Apple’s biggest-capacity iPhone to date.

In the documents, which were obtained by GeekBar and posted by G for Games, a new iPhone with 128GB of Toshiba-built NAND flash is clearly listed.

Also interesting, as AppleInsider points out, is the fact that only the 16, 64, and 128 GB models are listed, but there is no 32-GB model listed.

As AppleInsider notes, ditching the 32GB model in favour of adding a more expensive model (as the 128GB version must surely be) makes very sound business sense for Apple, and should get customers paying even more for their new iPhone.

Or, as AppleInsider also notes, it’s possible that Apple is still intending to keep the 32GB option, and thus expand its range.

The leaked documents also show that the iPhone 6’s 16GB modules are built by Toshiba and Hynix, who also make the 64GB modules, along with SanDisk.

Nowhere does it say which screen size the leaked document refers.


Sent from my ancient but trustworthy iPhone 5

It's been confirmed, there is a 128GB size for both the iPhone 6 and the 6+
You must log in or register to reply here.

Apple Catches up with Demand: iPhone 6 and 6 Plus Ship Times Drop to One Day