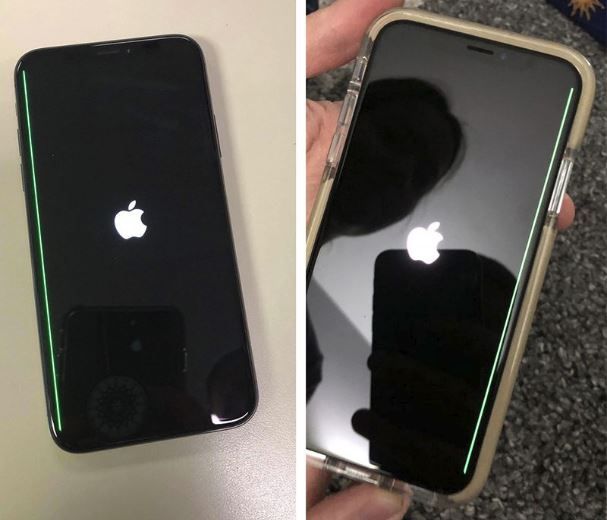 According to a report on MacRumors, some iPhone X owners have found a strange green line that has appeared on the side of the phone’s display.

Around 25 customers have been posting about the mysterious line on the Apple Support Communities, as well as on Twitter, Facebook, Reddit, and forums. This would indicate that the problem is not a particularly widespread one, but annoying all the same if your iPhone X is one of the ones that is afflicted.

Apparently, the green line is not visible on the display right out of the box, and only appears after the phone had been used for a short space of time. None of the devices were dropped.

“Day one and a bright green line has appeared down the right side of the iPhone X,” said benvolio1979 on the Apple Support Communities forum.

It seems that the green line is actually very stubborn and hard to get rid of once it appears, and even fully restoring your device does not do the trick.

Both the 64GB and 256GB iPhone X models, as well as both the Silver and Space Gray colour variants, are reportedly affected by the issue, with users in Canada, Poland and Australia all reporting the problem, as well as the United States.

Apple is already replacing free of charge any iPhone X units that are displaying the green line, and is collecting data in order to help its engineers get to the bottom of the issue.

Thanks for the info, hope no one here (including me) suffers from this.

I haven't noticed anything like this. Anyone else here on the forum?
You must log in or register to reply here.