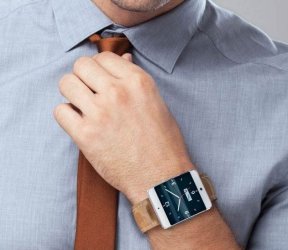 ​
As 2014 gets closer, Apple rumors of the mythical iWatch start to appear again in the blogosphere. Back in August, we heard that the Apple iWatch would be releasing in 2014 and would replace the company's current iPod line.

A new report from The Korea Herald claims that Apple and LG are currently getting close to closing a deal, making the latter company Apple's primary supplier of flexible OLED panels. The new rumor also states that Taiwan's RiTdisplay would act as a secondary supplier of iWatch OLED flexible panels, just in case LG could not keep up.

For what it's worth, Samsung and Apple were previously rumored to become partners in this deal, however the report claims the deal fell through. Not much yet is known of the mysterious Apple iWatch. We have yet to see any parts leak, but as the new year goes on and if the device is scheduled for a 2014 release, we'll be sure to see some good along the way.
You must log in or register to reply here.