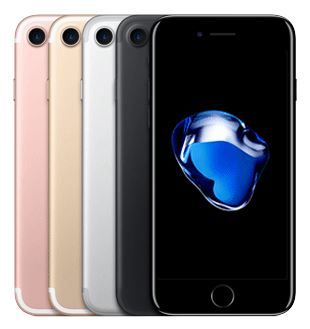 Kantar has some great data for Apple today, according to 9to5 Mac, reporting on figures that show that the iPhone’s US market grew by 6.4% year-on-year in the 3 months up until November in 2016. Kantar’s figures show that Apple made gains in seven out of the nine main markets that Kantar monitors.

“iPhone 7, iPhone 7 Plus, and iPhone 6s were the three most popular smartphones in the US at the beginning of the holiday period, for a combined 31.3% share” said Kantar. “The Samsung Galaxy S7 and S7 edge were the fourth and fifth best-selling phones in the US, with Samsung capturing 28.9% of smartphone sales.
Click to expand...

And it seems that the iPhone enjoyed even more growth in the UK, with a 9.1% increase in market share, mainly because of former Windows phone users switching over to the iPhone. Aside from the UK and the US, the iPhone also grew its market share in Australia, France, Italy, Japan, and Spain. Android’s market share fell in these same countries, with the exception of Italy.

The only two markets where Apple saw a fall in market share were China and Germany. However, Apple can be consoled by the fact that the iPhone 7 is now the best-selling device in Urban China, overtaking Oppo’s R9.

iOS is Top-Selling Smartphone OS in US