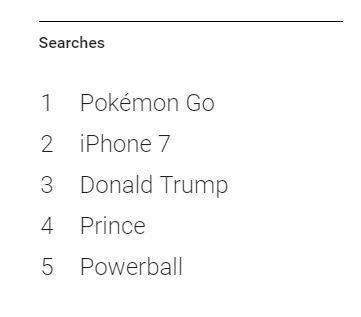 MacRumors reports that Apple’s iPhone 7 has come top of the Tech List in Google’s “Year in Search” results, which it has published today. The lists reveal the most popular search topics of the year in various categories. Apple products appeared four times in the Consumer Tech category, with the iPhone 7 at the top of the list, with Apple’s iPhone SE, iPhone 6s, and iPhone 7 Plus all featured.

Most-searched-for tech item of 2013 according to Yahoo! - iPhone