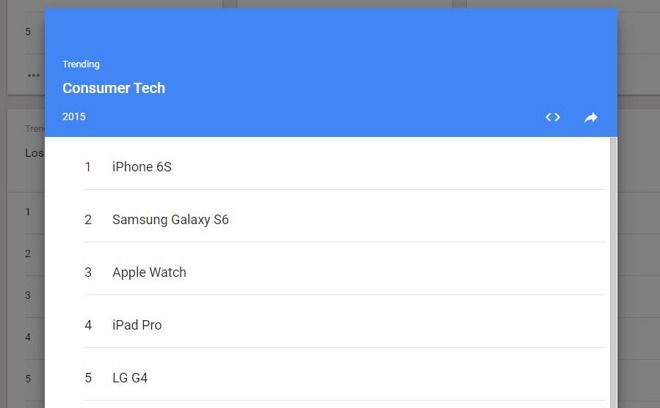 According to Google's annual Year in Search rankings, the iPhone 6s was the most searched-for consumer technology item in 2015. The Apple Watch and the iPad Pro, placed third and fourth, respectively, on the Consumer Tech list.

On the second place we find he Samsung Galaxy S6, while the Galaxy Note 5 and the Galaxy J5 managed to occupy the sixth and seventh place.

Source: Google
You must log in or register to reply here.

Most-searched-for tech item of 2013 according to Yahoo! - iPhone

The iPhone 6s is the Most Powerful Smartphone of 2015, Benchmarks Reveal