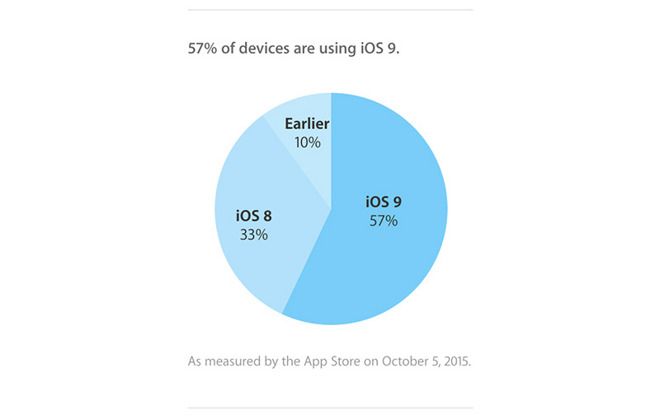 According to Apple's latest statistics, iOS 9 is now installed on 57 percent of all compatible devices accessing the App Store, which represents a 7 percent uptick over the past two weeks.

Apple's developer webpage reveals that interest in the new operating system remains strong three weeks after launch. The newest iPhone 6s and the 6s Plus have pushed the iOS 9 adoption to 57% after 3 weeks of availability. 33 percent of devices visiting the iOS App Store on Oct. 5 were still running iOS 8, while 10 percent had iOS 7 or earlier installed.

iOS 8 only managed to hit 56% about two months after its release, versus iOS 9 which seems to have achieved that with it only being released less than a month ago.