iOS 9 Appears to be Crashing on Some Older Apple Devices 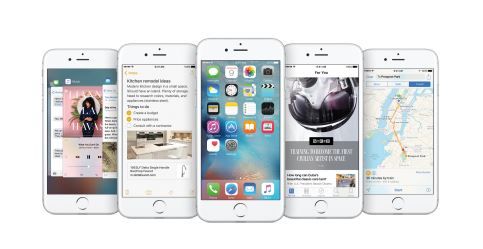 Reuters reports today that what it says are a “significant” number of Apple customers are complaining that their iPhones or iPads are crashing when they try to install iOS 9.

Apparently many very unhappy iPhone and iPad owners were complaining on Twitter and other social media about two faults in particular which seemed to be occurring in older iPhones and iPads.

The first was simply that the iOS 9 upgrade failed during install, and had the message “Software Update Failed.” This is a fairly common problem when a new iOS is released, and is generally caused by overloaded servers as everyone in the world tries to download the newly released software at once.

With the other fault, owners of older iOS devices found that their iPhones and iPads were stalling at the “swipe to upgrade” page.

One customer told how they had waited for three hours in an Apple store and then instructed to either perform a factory reset on their phone, or wait until Apple technicians finally release an update for the problems, of which they are well aware. That customer said that Apple’s engineers are working “24/7” on a fix.

Source: Apple customers report devices crashing on iOS 9 update
You must log in or register to reply here.

Apple Brings Back Home Sharing in the Latest iOS 9 Beta