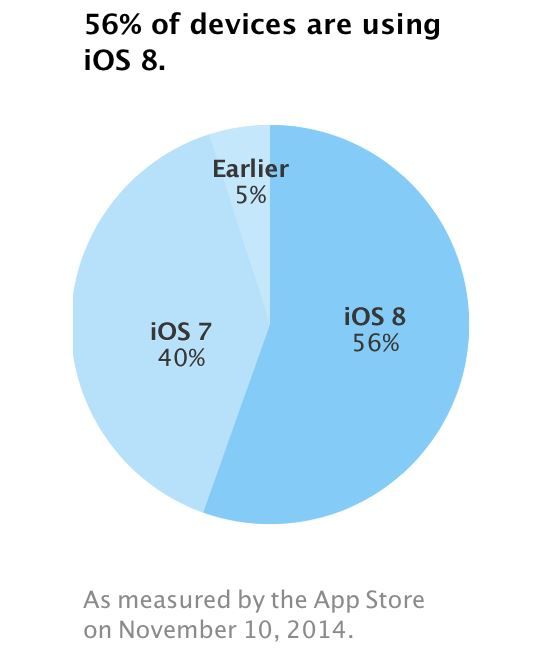 MacRumors writes that nearly two months after it was released, iOS 8 has already been installed on 56% of active iOS devices. The information comes via new data posted on Apple’s App Store support page, which is targeted at developers.

MacRumors notes that the increase in adoption of iOS 8 is most likely due to the release of iOS 8.1 on October 20, which, most significantly, included Apple Pay, as well as SMS Forwarding, Instant Hotspot, iCloud Photo Library beta access, and the reinstatement of Camera Roll.

When it was first released, iOS 8 was affected by several bugs, and the update that was issued to fix said bugs, iOS 8.0.1, also had plenty of new bugs for users to contend with, such as disabling cellular service and Touch ID. That same pattern continued with the release of iOS 8.0.2, which, again, solved some problems, but brought in a few of its own, until iOS 8.1 finally emerged as the most stable iteration yet.