“With iOS 11, we’re delivering the biggest AR platform in the world, and it’s available today for developers to begin building AR experiences using ARKit for hundreds of millions of iPhone and iPad users,” said Craig Federighi, Apple’s senior vice president of Software Engineering. “iOS 11 gives iPad users the powerful app functionality they need to take advantage of everything iPad is capable of, and brings hundreds of new features and incredible updates to the iOS apps iPhone and iPad users enjoy every day.”
Click to expand...

Due to launch this fall, new features include AR Experiences, a new platform that will help developers create AR experience for iOS, as well as an updated Siri, using enhanced machine learning and AI technology and on-device learning to offer more personal experiences based on your use of Safari. One example would be Siri learning topics you are interested in based on your Safari browsing, and then suggesting them when you are typing in Mail, Messages, and other apps.

Several new features have also been added to Photos, including more expressive Live Photos with Loop and Bounce effects, and more memory categories added to Photos.

Possibly one of the biggest cheers of the whole day was reserved for the announcement of person-to-person Apple Pay payments directly via Messages, which looked effortless, and also the ability to receive money to your new Apple Pay Cash account.

Another great idea is the Do Not Disturb While Driving feature, which detects when you’re driving and changes the display accordingly and also silences your incoming alerts and notifications.

Likewise, another very useful feature that got a lot of cheers when it was announced was lane guidance added to App Maps.

Finally, there are several exclusive iPad features in iOS 11, making it “the biggest software release ever for iPad” according to Apple. These include some very impressive multitasking features, complete with a new customizable Dock with quick access to the apps that you use the most, and the new Files app, as well as the ability to Drag and Drop files.

Here are some other key features of iOS 11:

Running the beta and am liking it so far

I like how you can bring up the iPad dock from any screen you happen to be on. This allows you to go directly to another app without going to the home screen first.

Running on both iPhone and iWatch 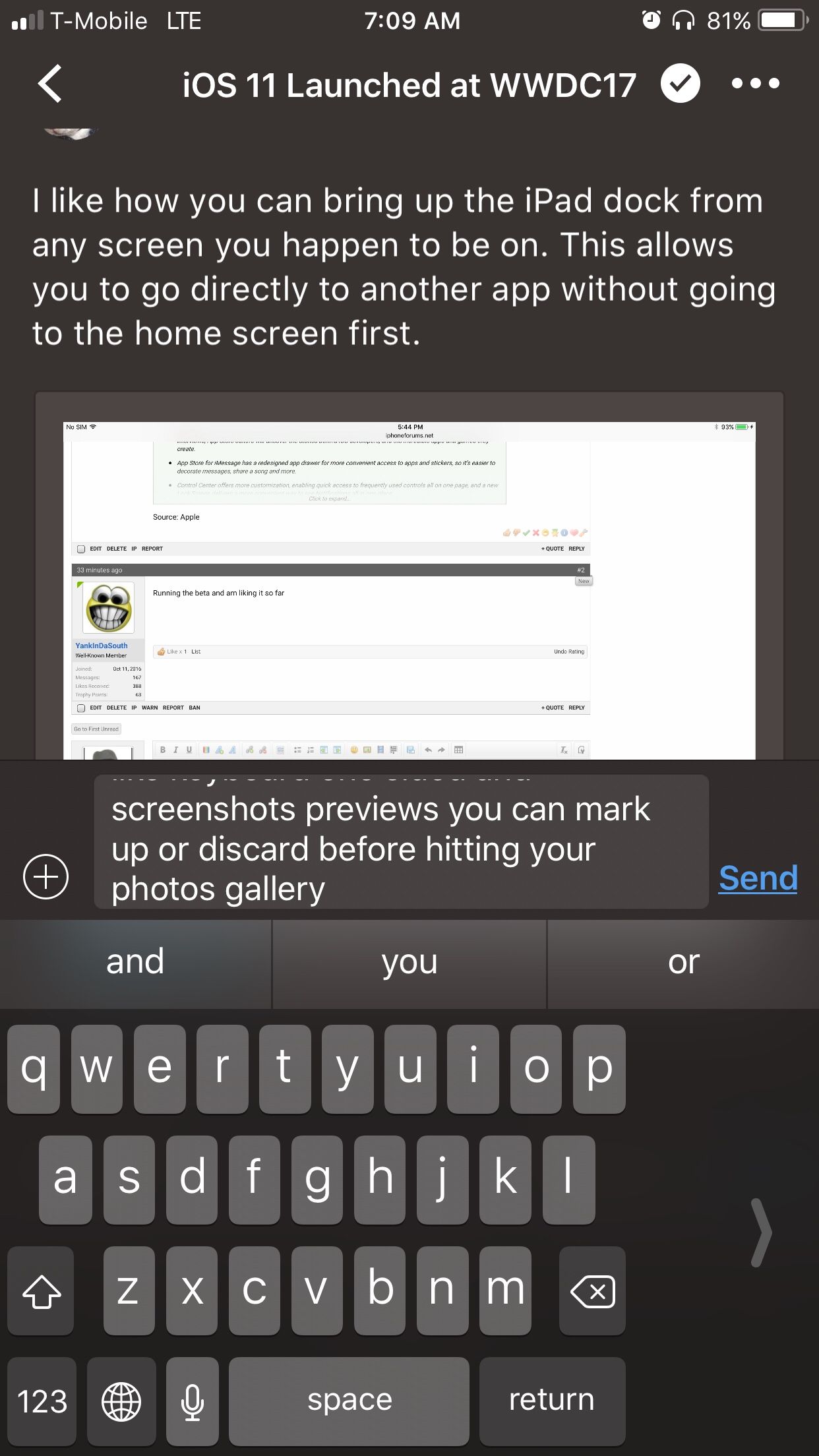 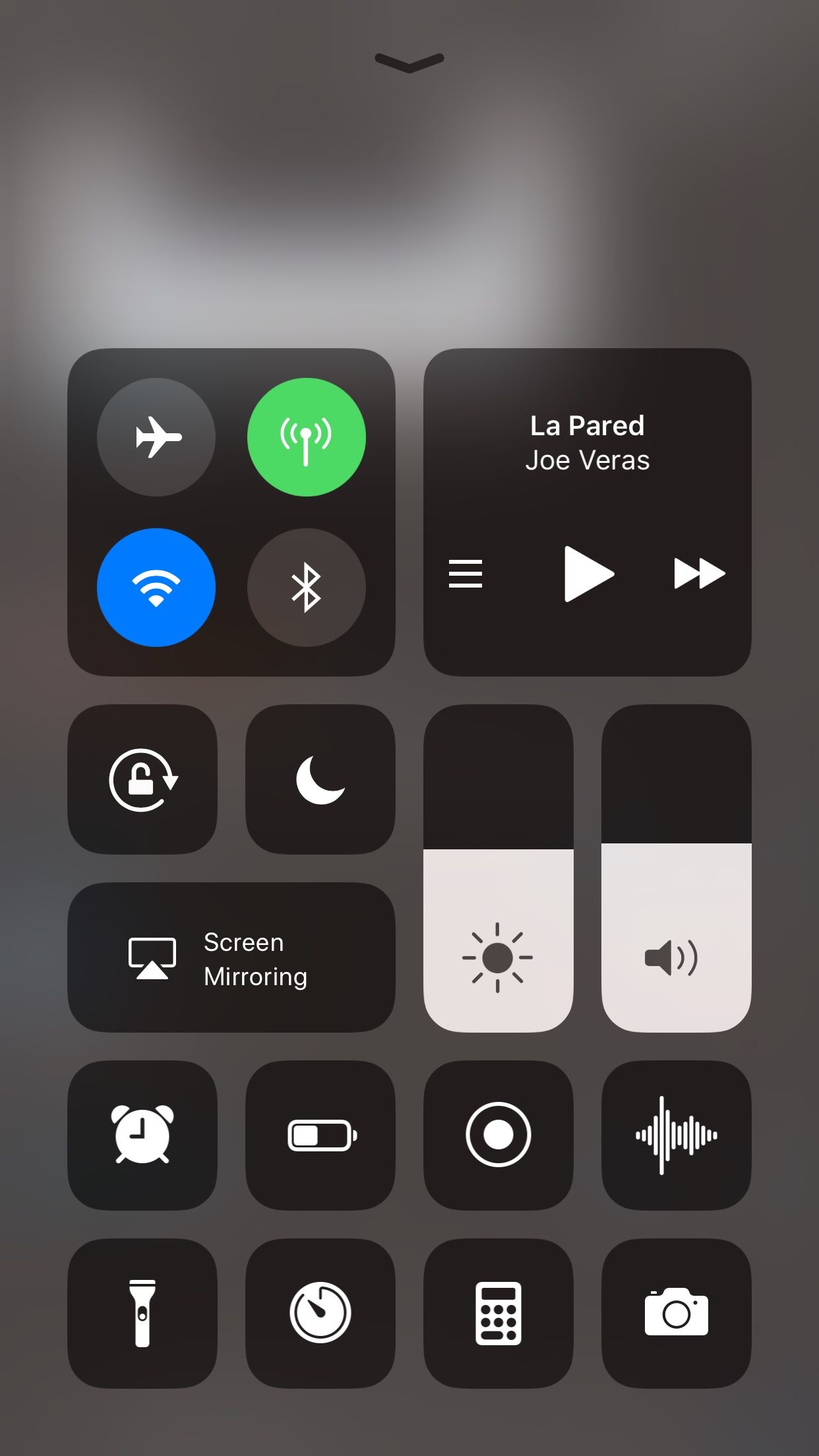 It's similar to what you see on the iPad but isn't combined with the new App switcher.

droidprincess said:
Is that from the top of the screen??.... or the bottom?
Click to expand...

Notification is from the top of the screen. I think this screenshot shows the Control Centre.

J. A. said:
Notification is from the top of the screen. I think this screenshot shows the Control Centre.
Click to expand...

That's what I was thinking also...

droidprincess said:
Is that from the top of the screen??.... or the bottom?
Click to expand...

You swipe up from the bottom of the screen just like you do to bring up the iOS 10 control centre.

scifan57 said:
You swipe up from the bottom of the screen just like you do to bring up the iOS 10 control centre.
Click to expand...

Oh so no more swiping down?? Weird

droidprincess said:
Oh so no more swiping down?? Weird

To get to your notifications, you swipe down in iOS 11, it works exactly as before.
You must log in or register to reply here.

iOS 11 is Only Marginally Slower on the iPhone 5s