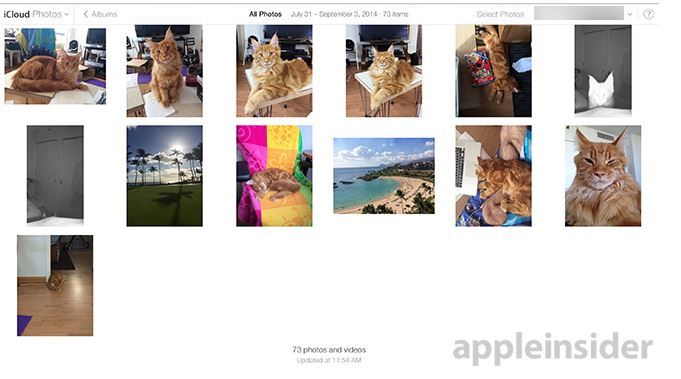 On Friday Apple released the beta for iCloud Photo and also made iCloud Photo access available for all developers that are running the iOS 8.1maintenance update, writes AppleInsider.

Before the launch of the beta, only a few randomly sampled testers were able to use the service.

iCloud Photos, or iCloud Photo Library, to give it its correct iOS term, will enable users to automatically upload pictures and videos from their Camera Roll to the cloud to be stored and synced across devices.

Basically, this means that when you take a picture it will be pushed to the cloud, and you will then be able to view that picture from any other device signed into the iCloud account; also anyone who has been given access to your pictures via iCloud Photo Sharing will be able to view the picture.

And for those who are thinking, “isn’t this just Photo Stream?” as AppleInsider notes, while similar, it has the added benefit of support for full-resolution content, as well as syncing of any edits that are made to the originally uploaded picture, which can then be viewed via iCloud.com either by date in Moments, or in a stream via Albums.

iOS developers running iOS 8 beta on their devices have had access to the iCloud photo library beta since iOS 8.1 beta 1 was announced a couple of weeks ago.
You must log in or register to reply here.

iOS 8.1 Launches Today, Here are the new Features it Brings

iCloud in the spotlight at WWDC, still waiting for iPhone 5