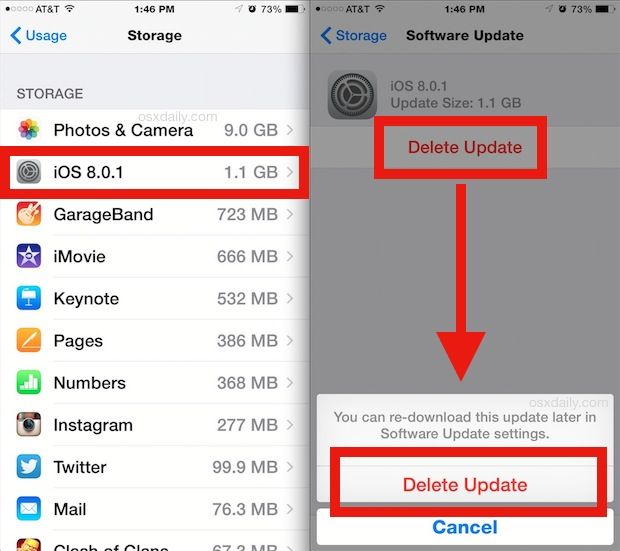 On Wednesday, Apple pushed out the iOS 8.0.1 update, attempting to fix a few bugs in the system. However soon after, iPhone 6 and iPhone 6 Plus users started to realize that iOS 8.0.1 actually made cellular data and Touch ID inert. Still there are some folks out there that only downloaded the update but have yet to install it, so it's better to not have a useless update taking up space on our devices.

The folks over at OSXDaily have posted a guide on how to delete the update, once it has fully downloaded in iOS.

Doing the aforementioned steps should eliminate any hint of iOS 8.0.1 for the system. We're guessing that Apple will be pushing out iOS 8.0.2 in the near future for iPhone 6 and iPhone 6 Plus.
You must log in or register to reply here.

How to Jailbreak iOS 8.1 on iPhone, iPod Touch, iPad and iPad Mini