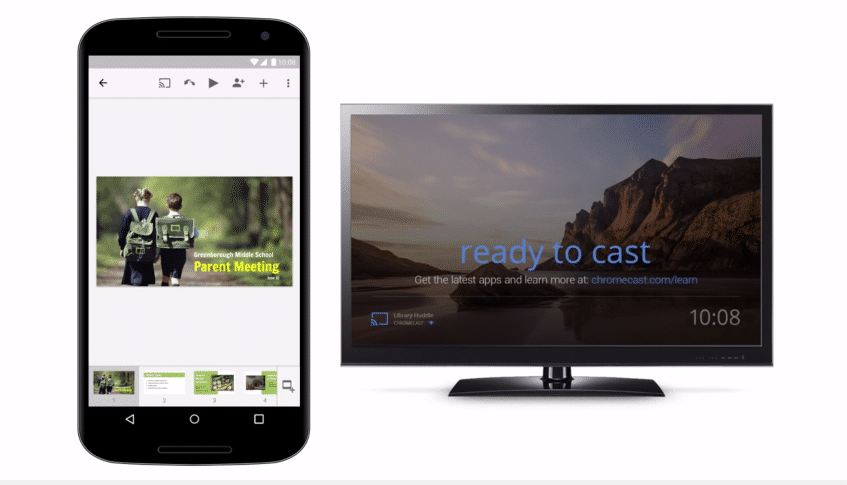 Google has announced that it has updated its Slides app for iOS users to both support Google Cast and AirPlay. Just follow the link at the end to download the updated app on your iPhone or iPad, in case you haven't downloaded it already. Here's how its official changelog looks like:
This fresh update comes after the announcement of the Remote Display API that Google showed off at its I/O developers conference at the end of June. This allows developers to present more intricate applications and games on a remote screen.