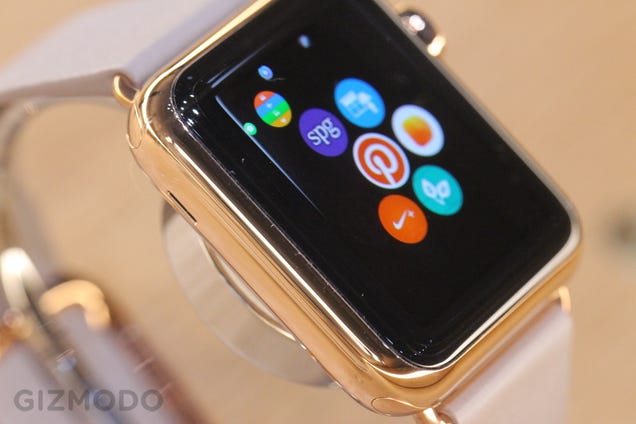 Back in September, Tim Cook took the stage and announced that Apple would be going into the wearables market, unveiling the Apple Watch. Since then, our favorite fruit company has kept quiet regarding the device, leaving us with a short preview, an early-2015 date, and a starting price of $349.

Just shy of $350, the base price-point is assumed to be for the Apple Watch Sport edition, leaving the rest of us wondering how much will the stainless steel and 18-karet gold editions be priced at?

French blog iGen.fr recently published an article claiming that Apple would be pricing the stainless steel Apple Watch at just $500. If that's not enough, iGen's sources claim that the yellow or rose gold Apple Watch Edition will sell between $4,000 and $5,000. The price for the the Apple Watch Edition seems a bit excessive, but Apple is aiming for wealthy people to purchase the gold, while the rest of us sheep will be enjoying the stainless steel or aluminum.
Finally, the sources say that Apple would still be aiming for the rumored Valentine's Day launch, however Apple's retail boss Angela Ahrendts has said the company would launch the Apple Watch in Spring 2015.
You must log in or register to reply here.

Industry Analyst Claims Apple's 'Edition' Version Watch Could Cost as much as $5,000 USD