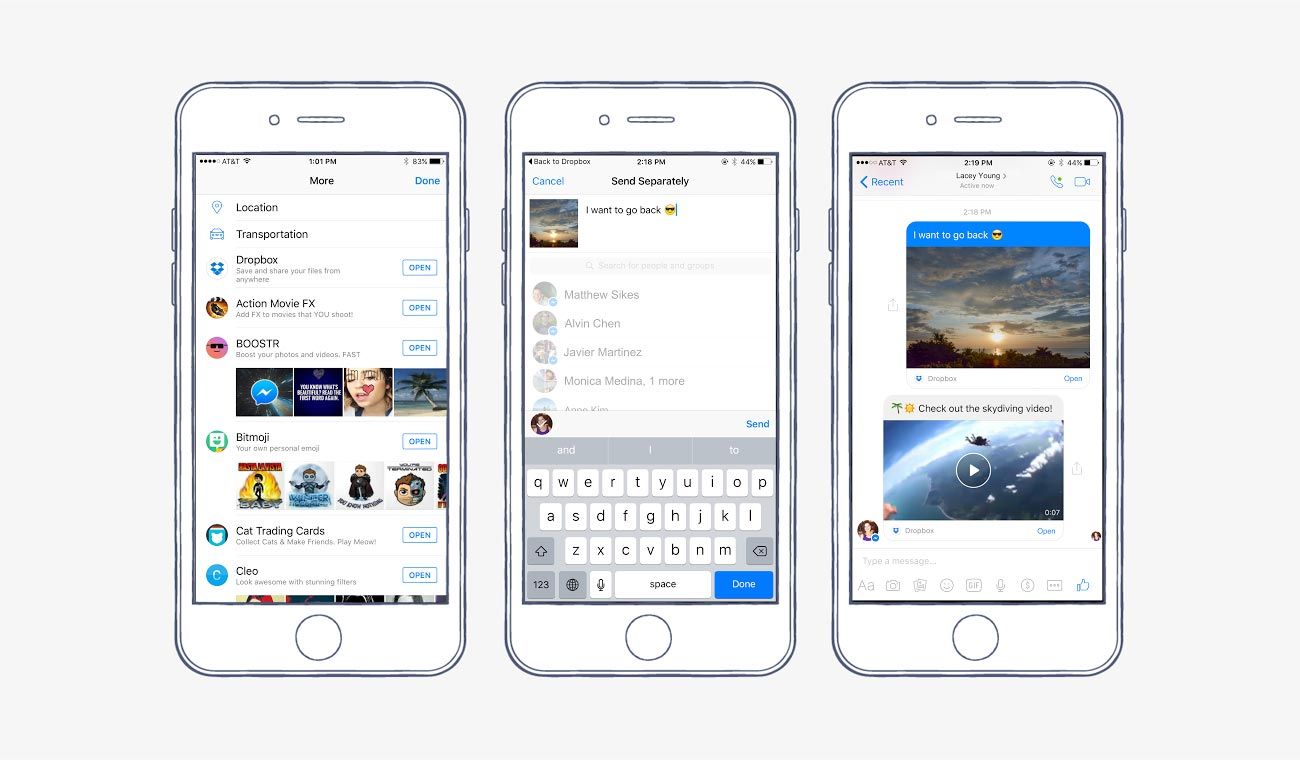 Facebook seems to be advancing its mobile apps almost every single week. The company's Messenger application is a must have for all Facebook users and gets better with every update it sees.

This week Messenger was updated with a sought after feature, adding Dropbox support to the application. Folks can now share photos, videos, and even GIFs directly within Messenger via chat. The files will embed and render within the chat window, while other files types can be opened by the recipient within Dropbox using a simple tap.

The Dropbox feature can be found under the "More" button in Messenger. After updating, Dropbox can be used as an available source within the menu to access select cloud files within the app.

Both Dropbox and Messenger can be found in the iTunes App Store for free.
You must log in or register to reply here.