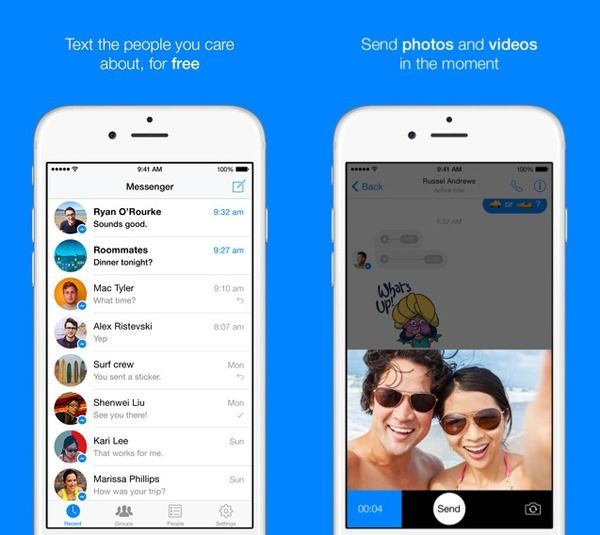 It seems like almost every week we see an update to one of Facebook's many apps on the App Store. On Tuesday, Facebook issued an update to its Messenger app adding third-party app support.

Messenger's new update adds a new ellipses icon to the chat bar above the keyboard. Tapping on this button will bring up a list of apps currently supported by Messenger. Tapping "Install" on any of the apps from the list will directly install it onto the user's device.

What's nice about the update is that it allows Facebook Messenger to support things like animated GIFs, with apps like Giphy. GIFs usually take up a ton more space than photos, so sending them to friends over WiFi is very welcomed.

As always, Facebook Messenger version 24.0 can be downloaded in the App Store for free.
You must log in or register to reply here.