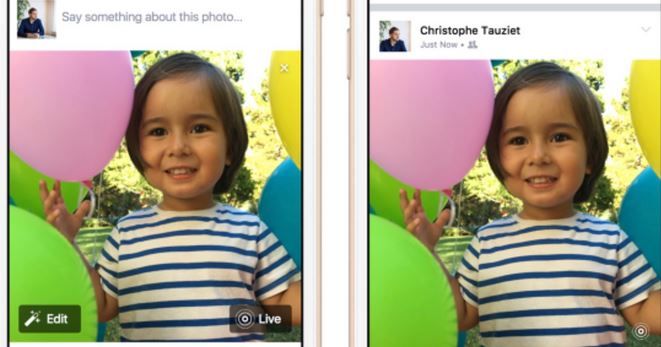 9to5 Mac reports that Facebook has started testing the sharing of Live Photos on iPhone 6s and iPhone 6s Plus with just a few users, prior to the full rollout next year.

In December, when Live Photos was announced, Apple’s Phil Schiller said that Facebook would be supporting the new feature by the end of the year, and it looks as if it has just managed to squeeze it in before December 31.

In order to take a Live Photo you must have either an iPhone 6s or iPhone 6s Plus, but you can view a Live Photo on any iPhone or iPad that runs the current version of iOS. Live Photos have both video and audio before and after the picture was taken, and playing back a Live Photo can often reveal much more about the scene that is depicted in the picture. So far Tumblr is the only other iOS app to feature Live Photo support, with Tumblr being the first to do so, with Twitter and Instagram lagging behind.

Source: Facebook begins testing Live Photo sharing and viewing on iOS
You must log in or register to reply here.